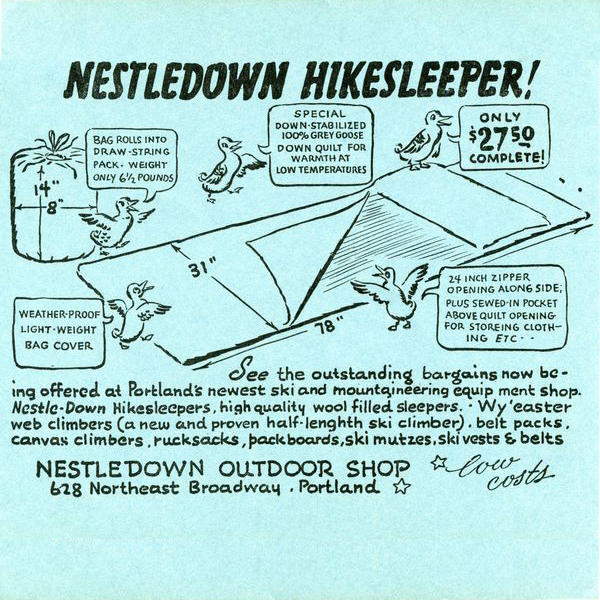 In 1937, the US was still mired in the depths of the Great Depression. Skiing and mountaineering as sports were somewhat obscure and specialized. In the Wy’east area however, the demand for outdoor recreation on this mighty volcano's slopes was growing quickly. Timberline Lodge had opened in September of 1937, with President Franklin D. Roosevelt inaugurating a new era on Mt. Hood. 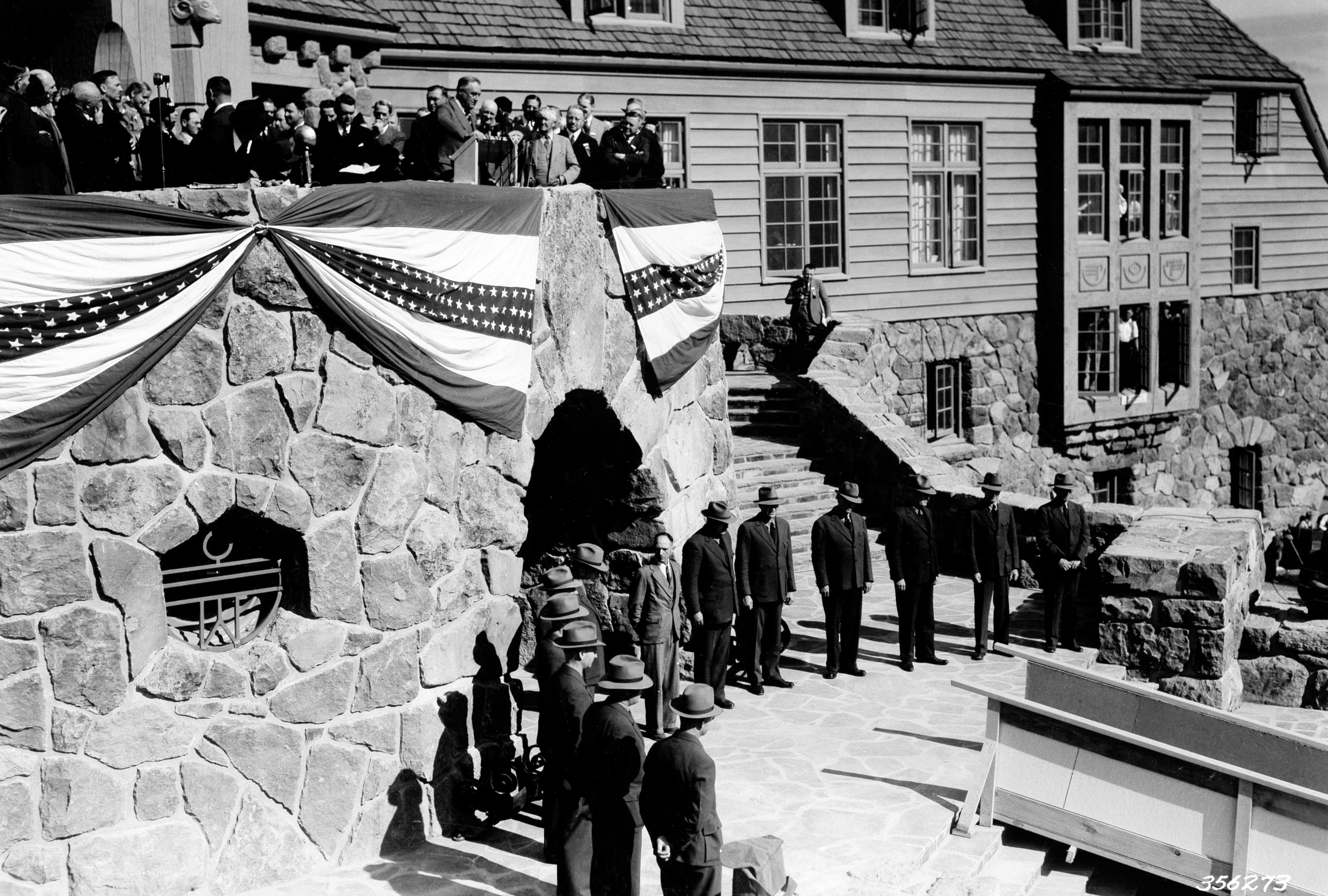 Local mountaineers Everett and Ida Darr founded Mountain Shop (initially called the Nestledown Outdoor Shop) in the same year, looking to meet the needs of Portland area adventurers flocking to Mount Hood. The Darr's began creating sleeping bags that were designed to be used in the Pacific Northwest's outdoor climate. They introduced their first bag, the "Nestledown Hikesleeper," and it was a hit within the local outdoor community! Ida continued to make and sew the waterproof sleeping bags (and later backpacks) in the shop under the brand name "Wy'Easter." Word got around among Mazamas and members of the Wy'East climbers, and their business took off.

Eventually they started importing crampons, pitons, and alpenstocks to round out their mountaineering supplies. In 1938, they hired their friend and fellow climber Glen Asher as shop manager. Glen introduced skis, ski tuning, and gear rentals to the shop's line-up. The Darr's owned the Mountain Shop until 1947. Initially, there were business locations in both Portland and Government Camp. 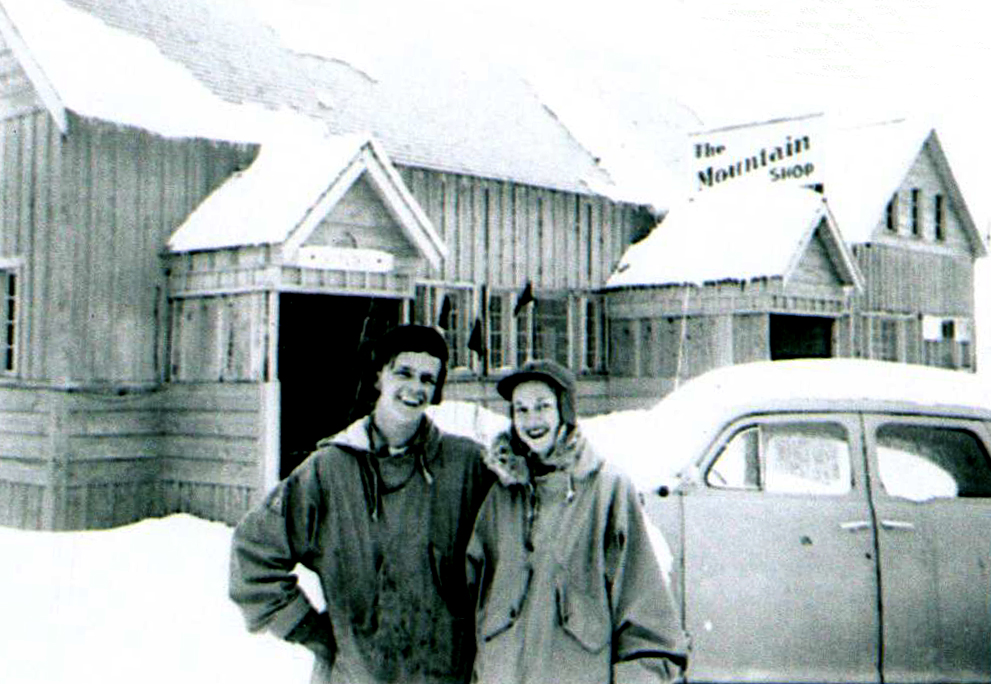 Buzz and Dolores Bowman stand in front of the Mountain Shop in Government Camp, OR

Mountain Shop continuted to be a key resource to outdoor adventurers in a time when there was no internet to find information about skiing, or cheap, safe gear to help people climb Wy'east. Mountain Shop also helped to facilitate Mt. Hood's first volunteer ski patrol. In the early 1940’s, Mountain Shop helped produce mountaineering equipment for the 10th Mountain Division soldiers who were training in Colorado. 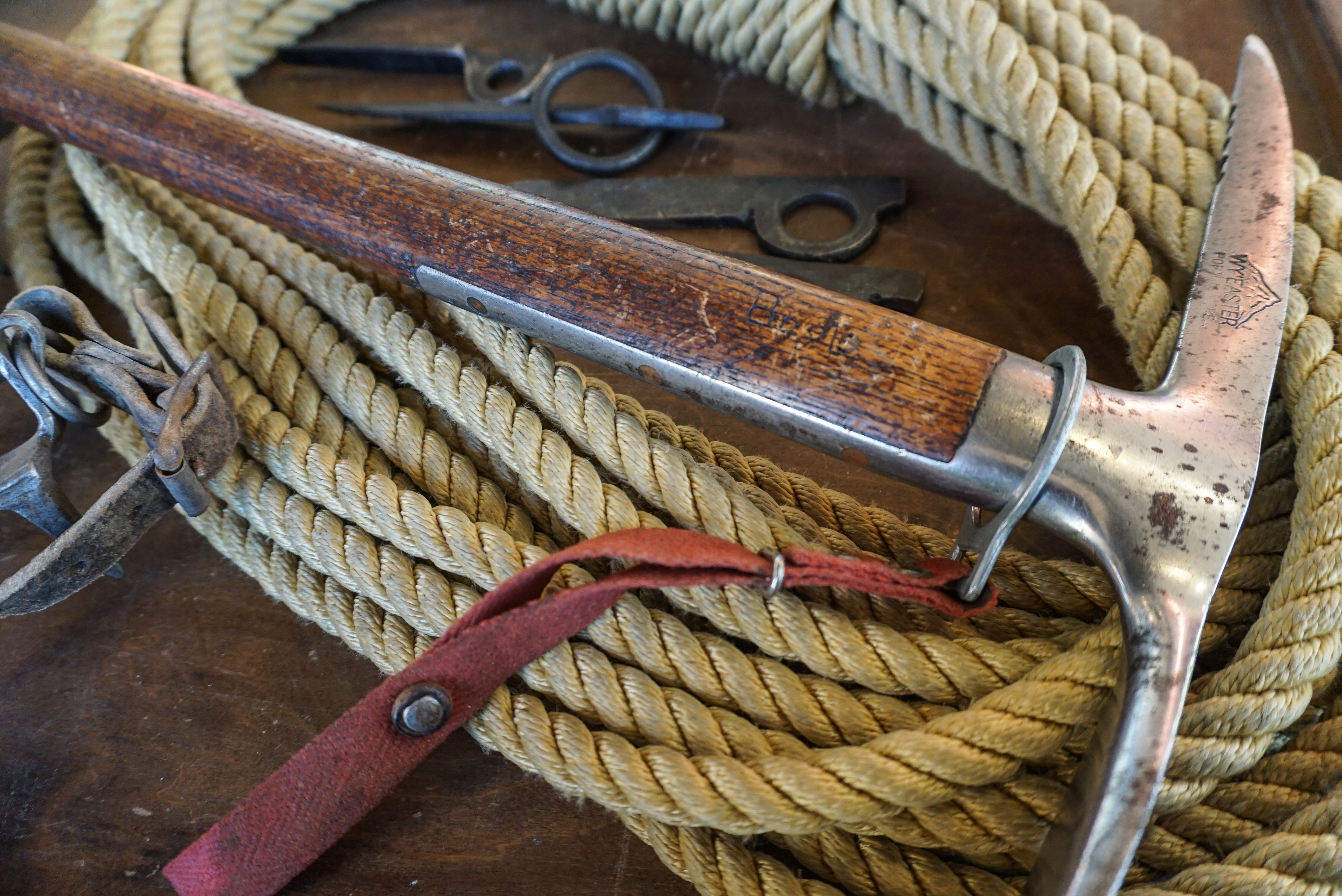 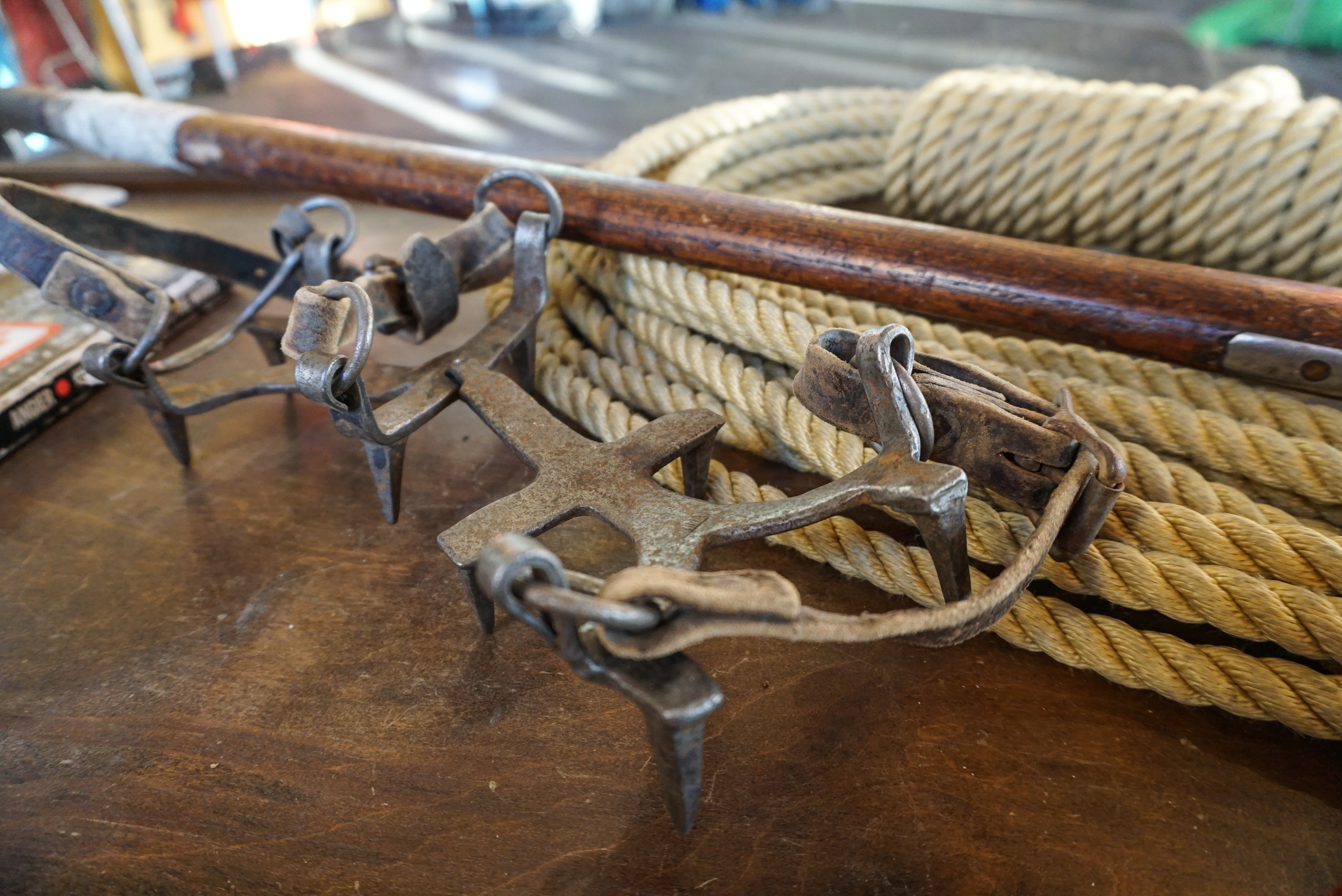 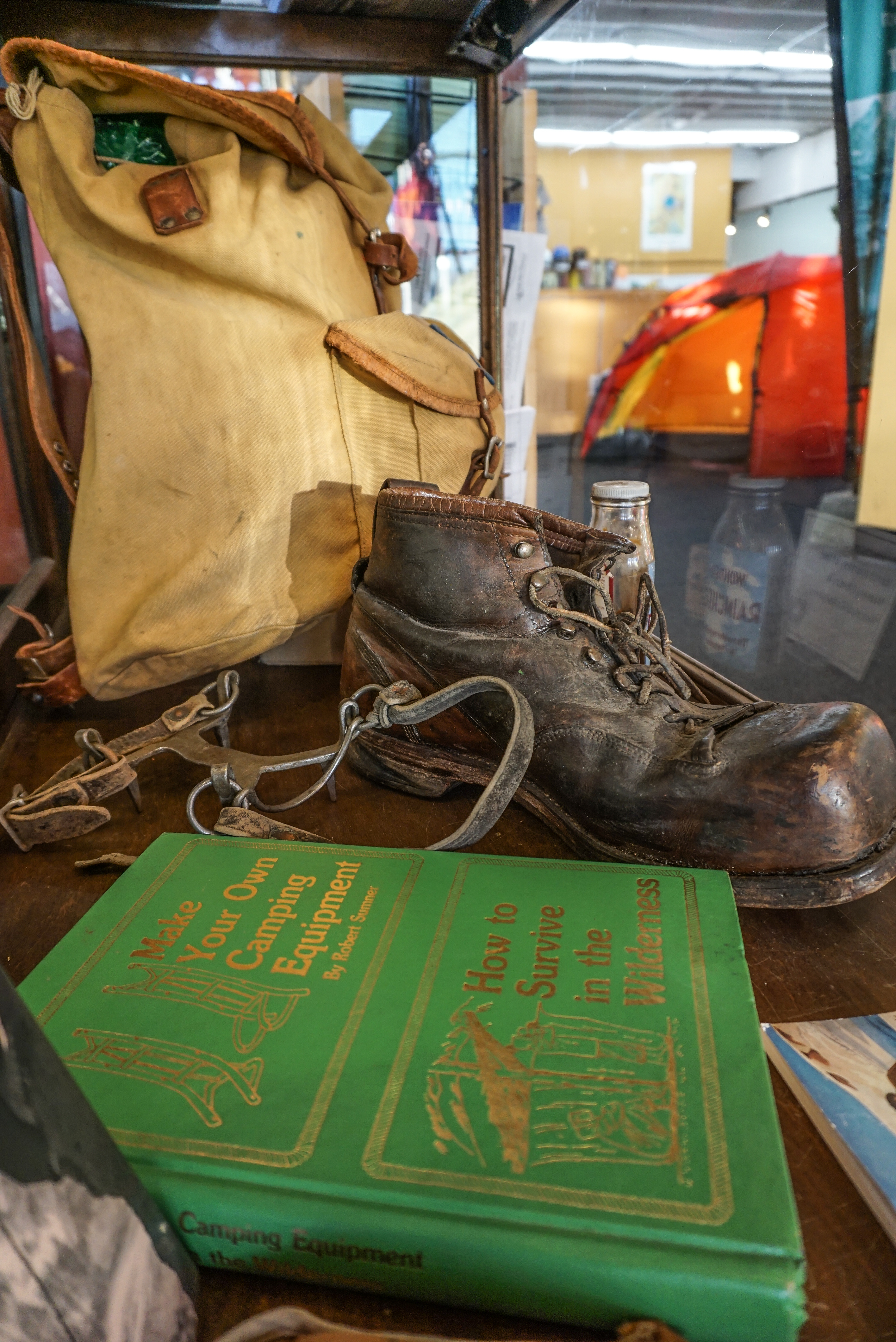 Since its inception, Mountain Shop has been the go-to resource for people climbing, skiing, backpacking and hiking in the Pacific Northwest. Our business today is obviously different than it was 85 years ago, but in essence it’s the same. We still rent gear to the thousands of people who attempt to climb Wy'East every year. We still sell and rent skis to kids and adults heading to Timberline. We still talk through the latest and greatest in gear innovations with our customers, even if we aren't making equipment ourselves anymore. The gear may be different, but the mission and our passion remains the same. 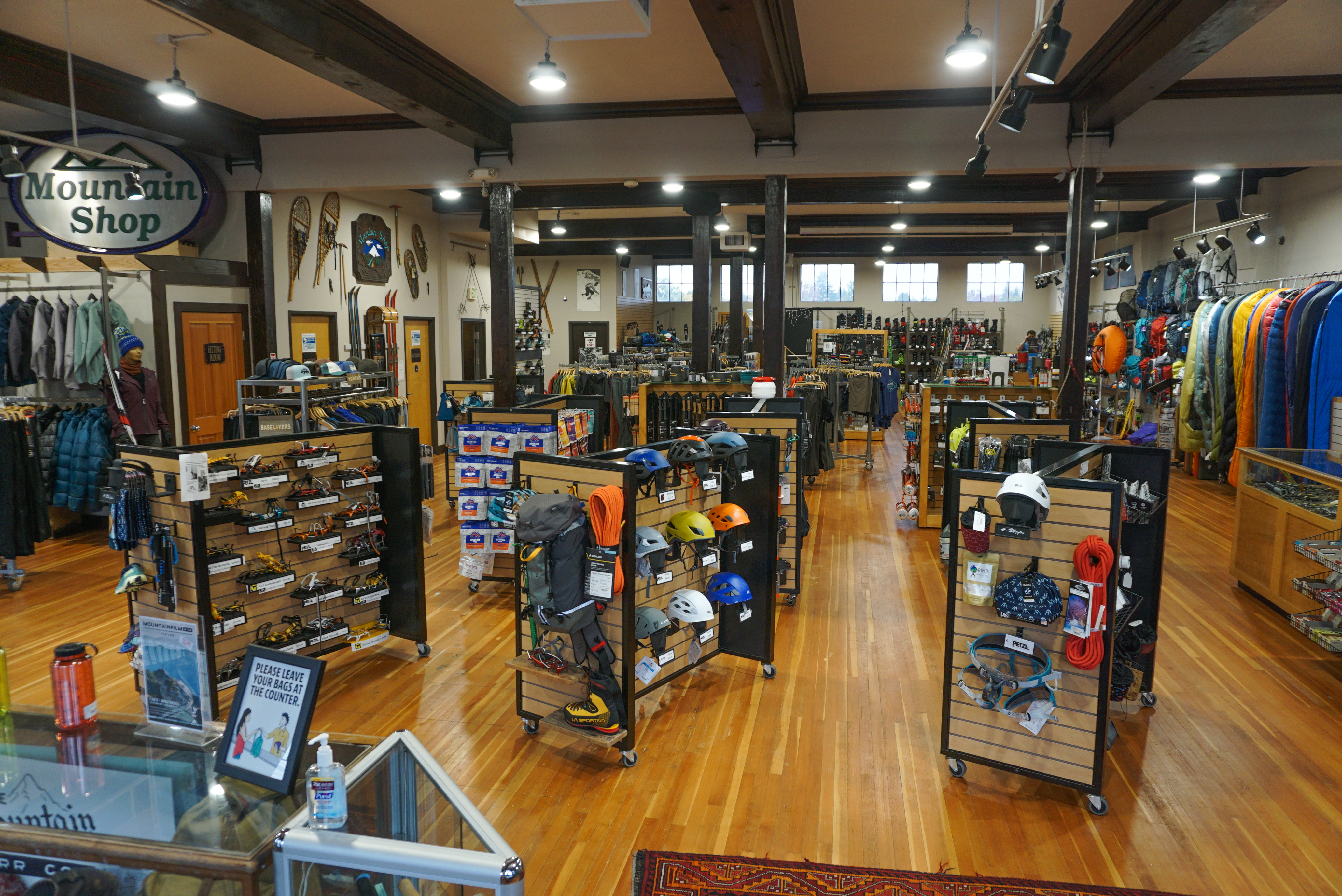 As we look to the future, we have much to be proud of. The Mountain Shop has survived economic crises, pandemics and a changing climate, and we continue to provide a place where the Portland community can get what they need to get outside safely. In the years to come, recreation in the Pacific Northwest is sure to change just as much as it has changed since 1937. One thing that’s for certain is Mountain Shop will still be here, fulfilling the mission we’ve had from the start–to provide excellent gear, thoughtful customer service and in-depth knowledge to anyone who wants to chase the thrill of adventuring  outside. 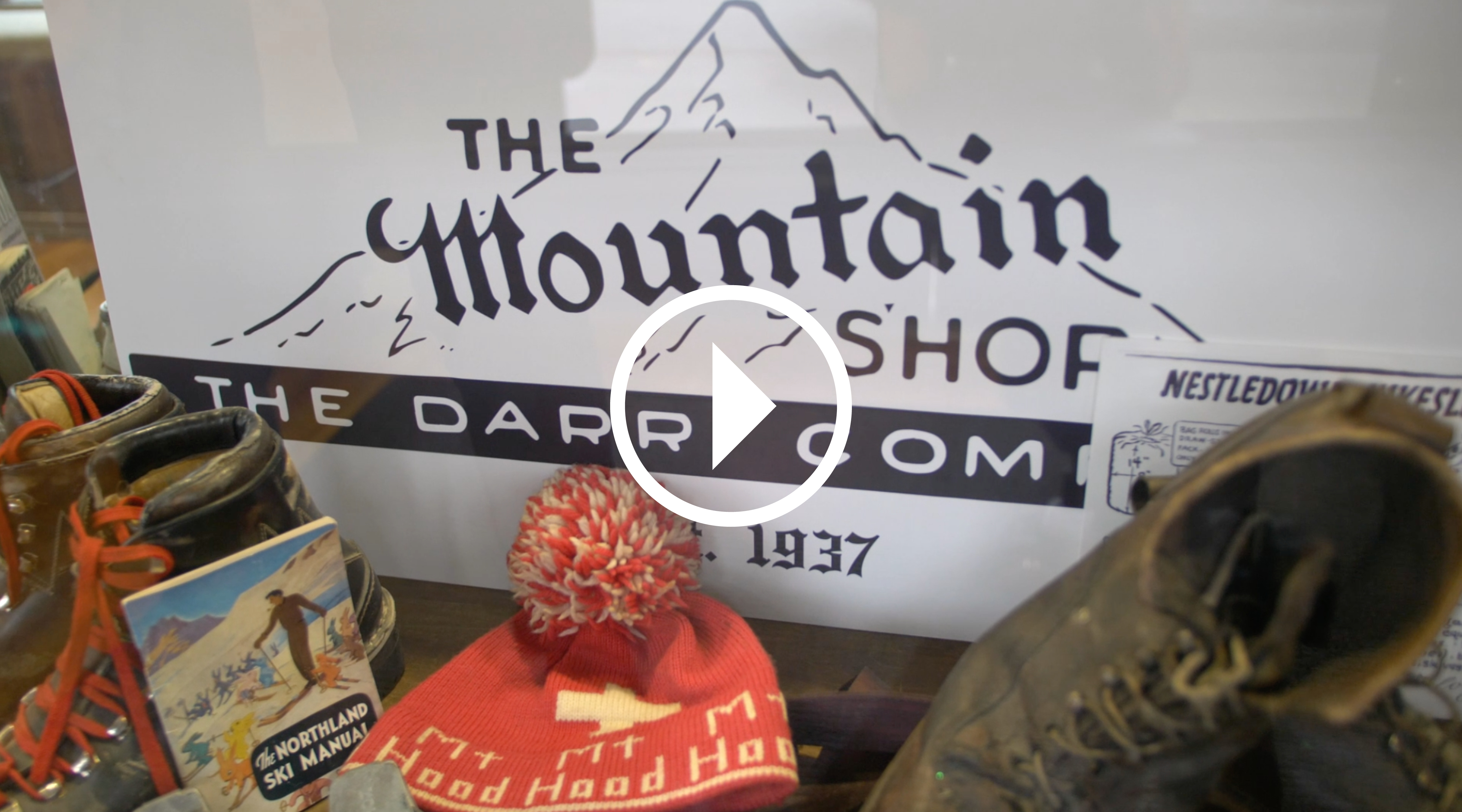 CLICK HERE to watch a quick video with Marcus Stevens, owner of Mountain Shop, as he sits down to talk about the roots of the shop and how far its come as a resource for the outdoor enthusiast community. Includes an interview with local legend Buzz Bowman!