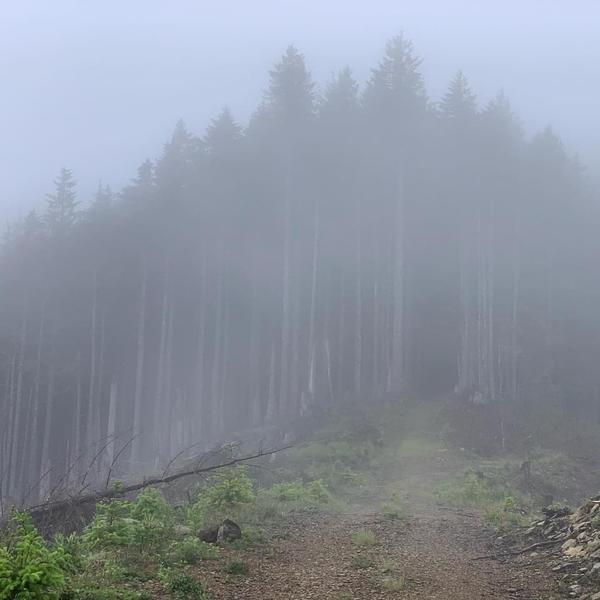 What does it take to run 100 miles through the central Oregon Coast Range with nearly 20,000 feet of elevation gain? When @bdugo told me about this crazy adventure he wanted to embark on, I said “let me know how I can help”! I knew I’d be running part of it, but didn’t know I’d be playing the part of Crew Captain with the most important of jobs, carrying all of his supplies around all day and all night long being at the ready for ANYTHING any time! Oh, and running 17.5 miles in the middle of the night!  In one word, SUCCESS!! We camped at Alsea Falls on Friday night, I saw him off at 5:08 AM on Saturday and checked in with him 34 miles later in Alsea, then again around mile 65 and again at mile 74, finally running the last 17.5 with him between the hours of 1:00 AM and 5:45 AM on Sunday morning! Thankfully another friend joined us for that last bit, as anything could have happened and it was nice to have backup. In the interim hours, there was no sleep for me! There was a coffee visit with an old friend, two drives between Corvallis and Alsea (one of them to bring Brian the correct pair of running sandals, (yes, sandals!) which he realized he forgot as he was getting ready to start his journey!) and a lot of hanging out on Brian’s housemates deck! We were entertained all day by the dogs and I was happy to not have to run up Mary’s Peak, happy to run down it, happy two more friends came to check in before the final push and happy our friend Henri and Fam kept me entertained during the wee hours of the night before my run! 4 and 6 years olds can be VERY entertaining around Midnight!

All day, As the looming reality of the fact I’d be doing a 17.5 mile run at any point after being awake for 24 hours, I just kept reminding myself: Brian is running 100, I am only running 17.5 (plus the little 3 miler I did in the early eve to keep myself and dogs entertained 🤷🏻‍♀️) The run down Mary’s Peak was peaceful in the dark, although having to be aware of roots and rocks was a challenge in the dark! (Used my Biolite running headlamp!!) For the first 10 or so miles Brian asked us to stay in front of him so he could chase us and have something to keep him moving. We alternated between walking swiftly down the trail and running. If Brian ran, we ran, if Brian walked we stopped and made sure we could see his headlamp. Then, with 5-6 miles left to go, he asked us to run WITH him. For Brian, this was mile 94-95-ish. By this time, dawn was breaking and we were treated to a beautiful, colorful sunrise and experienced the peacefulness of country roads before their inhabitants were awake. The last 2 or so miles was on paved roads and we rolled into Philomath around 5:45 AM. I was impressed with Brian’s capacity to still be running and in good sprits after running 100 miles, and managed to capture 2 photos of him that pretty much sums up how he felt after and about his accomplishment! I am proud of my long time running buddy to have been able to pull this off! He researched, ran and planned the course for the past 4 months, met by the challenges of the unknown, snow, and a lot of bushwhacking! HUGE shoutout to @trailbutter for playing a HUGE part in keeping us fueled! I think Brian and I each went through nearly a box of Lil’ Squeezes!

Begins in Alsea and ends in Philomath, going up and over the summits of 5 Mountains in between.
Logistics: Most of the route is difficult to access by vehicles without large distances in between checkpoints.
Some of the route is on private land owned by Starker Forest. One only needs to contact them ahead of time during business hours to gain access to the land (and not be trespassing).
http://www.starkerforests.com/ 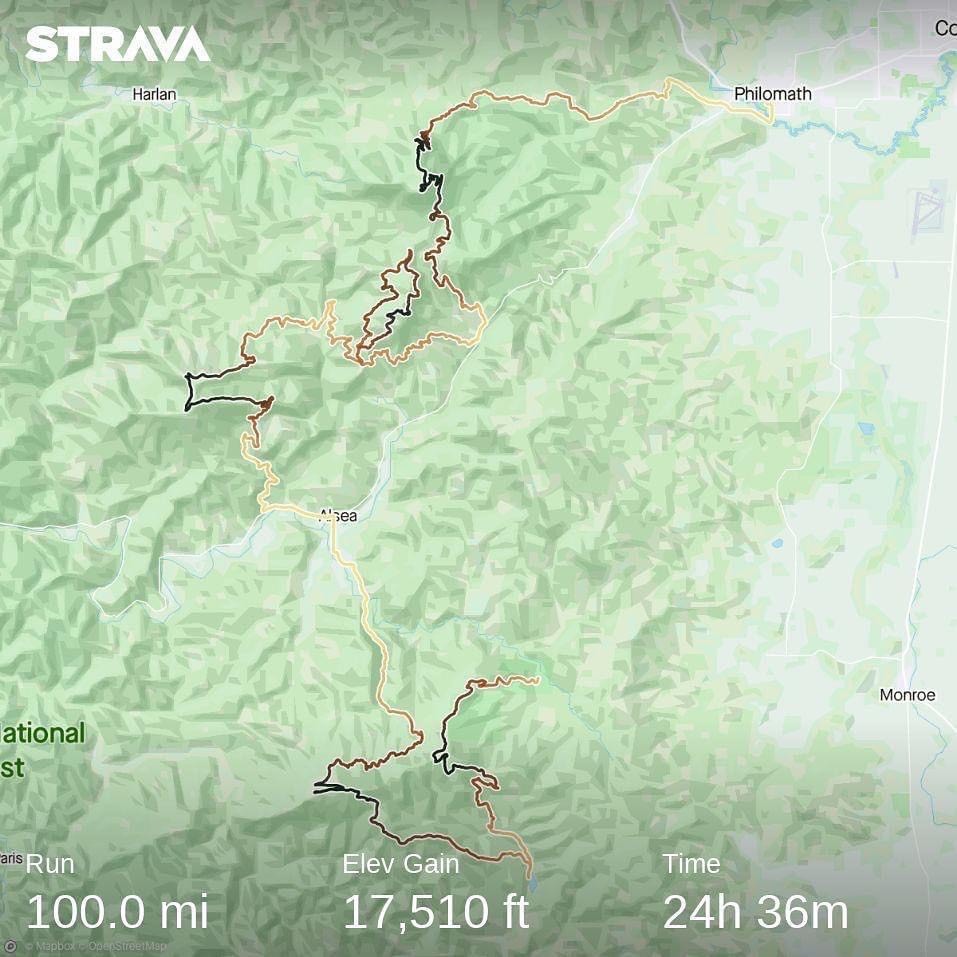 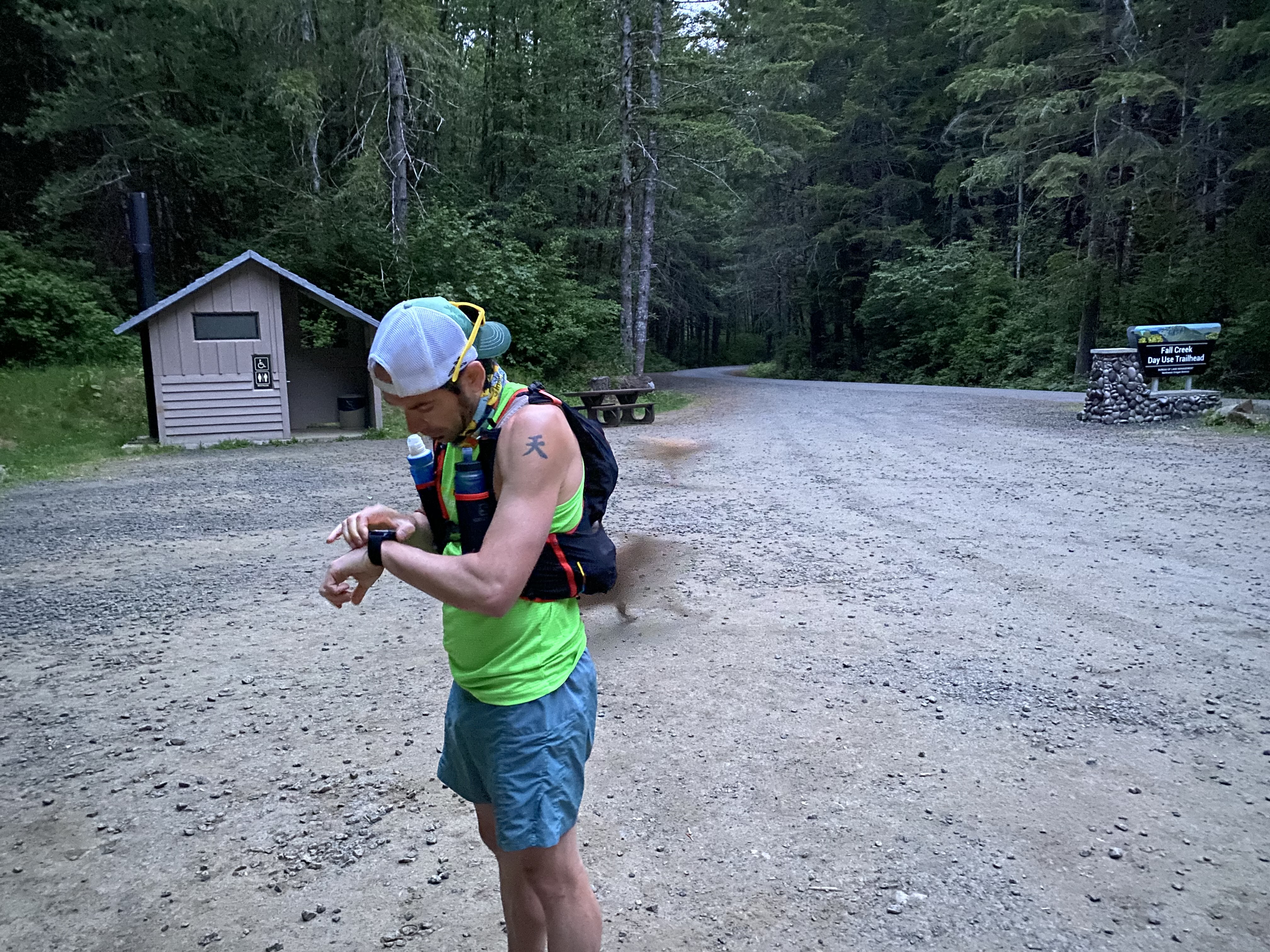 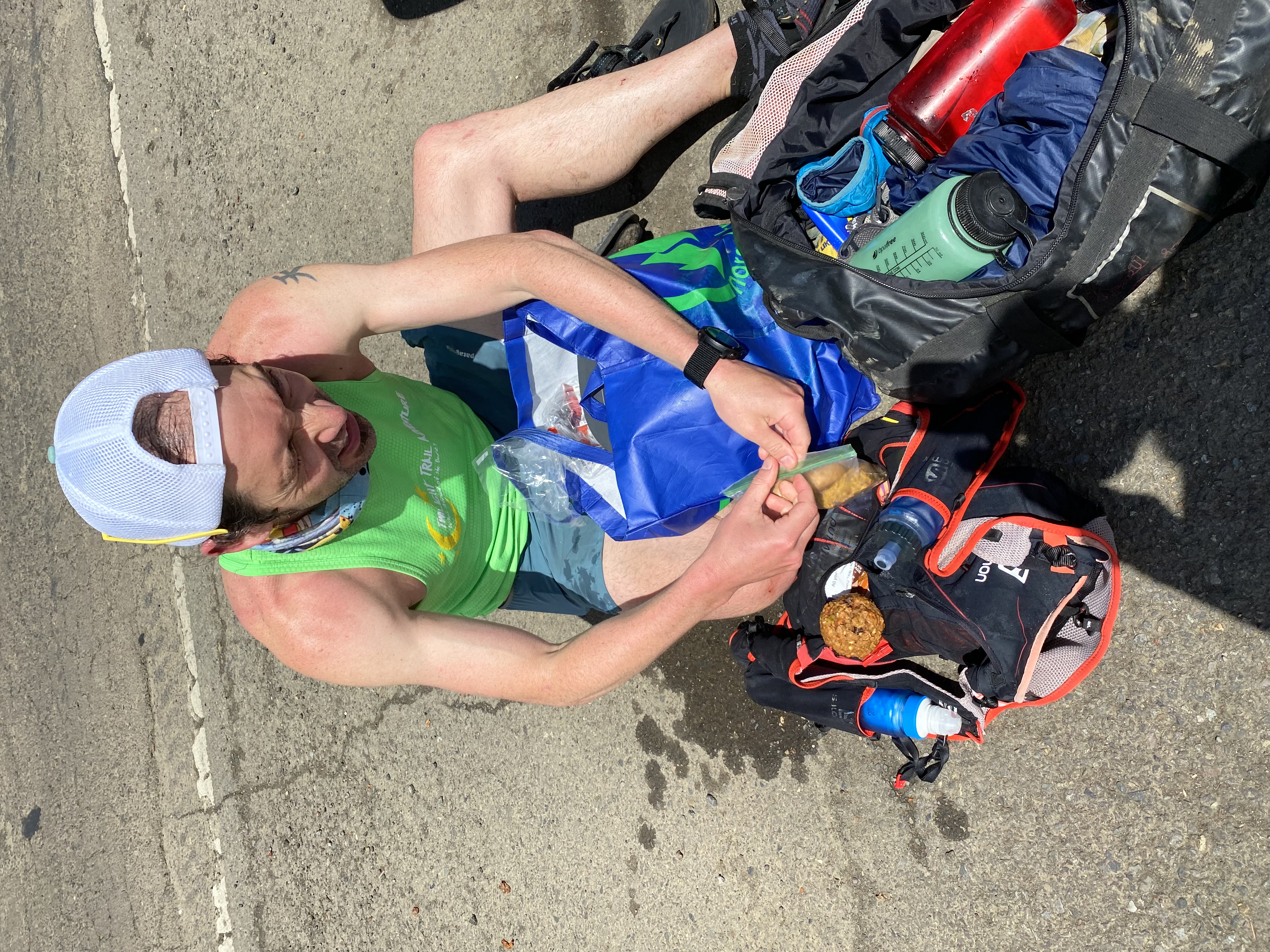 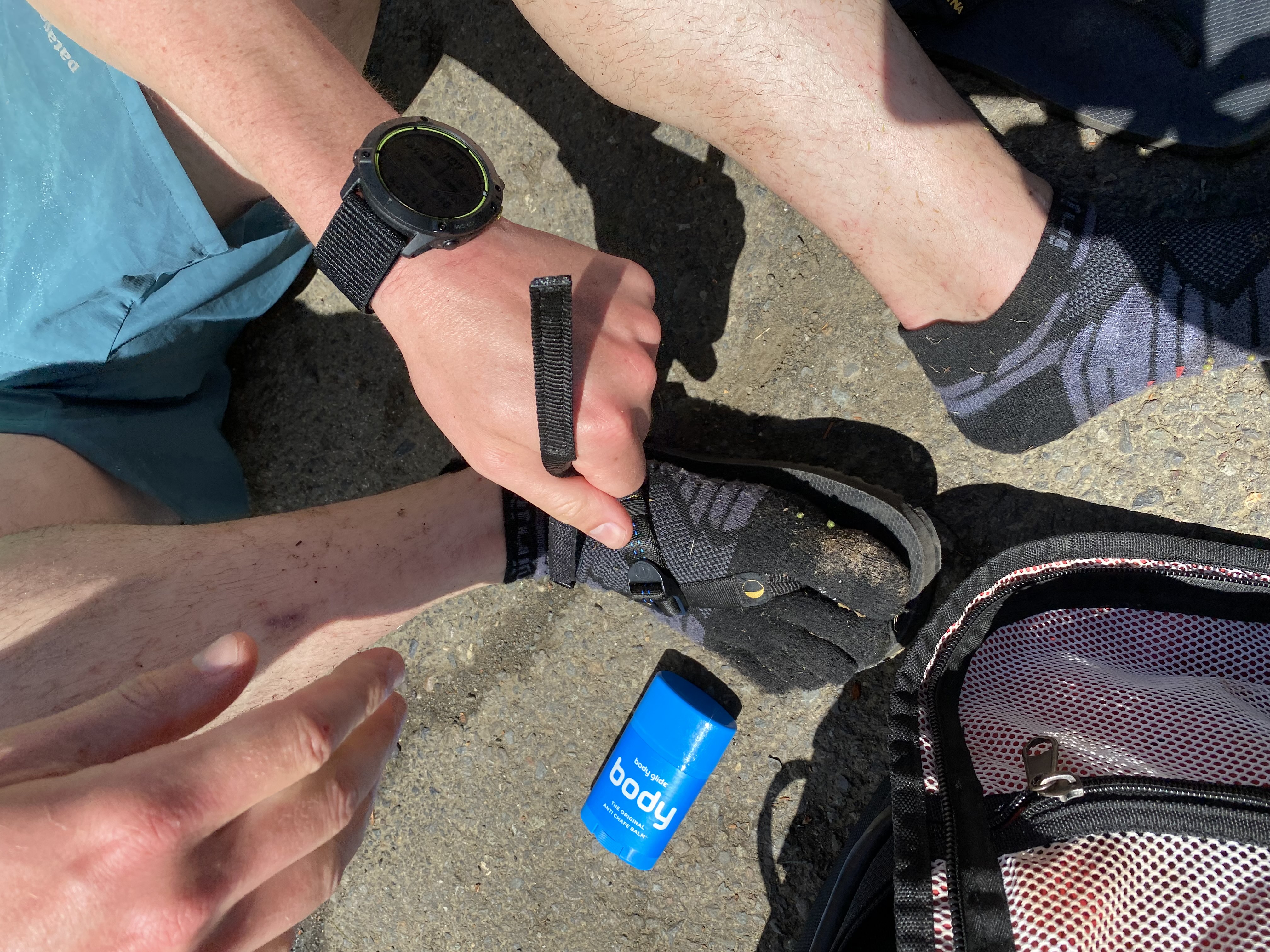 Strapping on the beefier running sandals 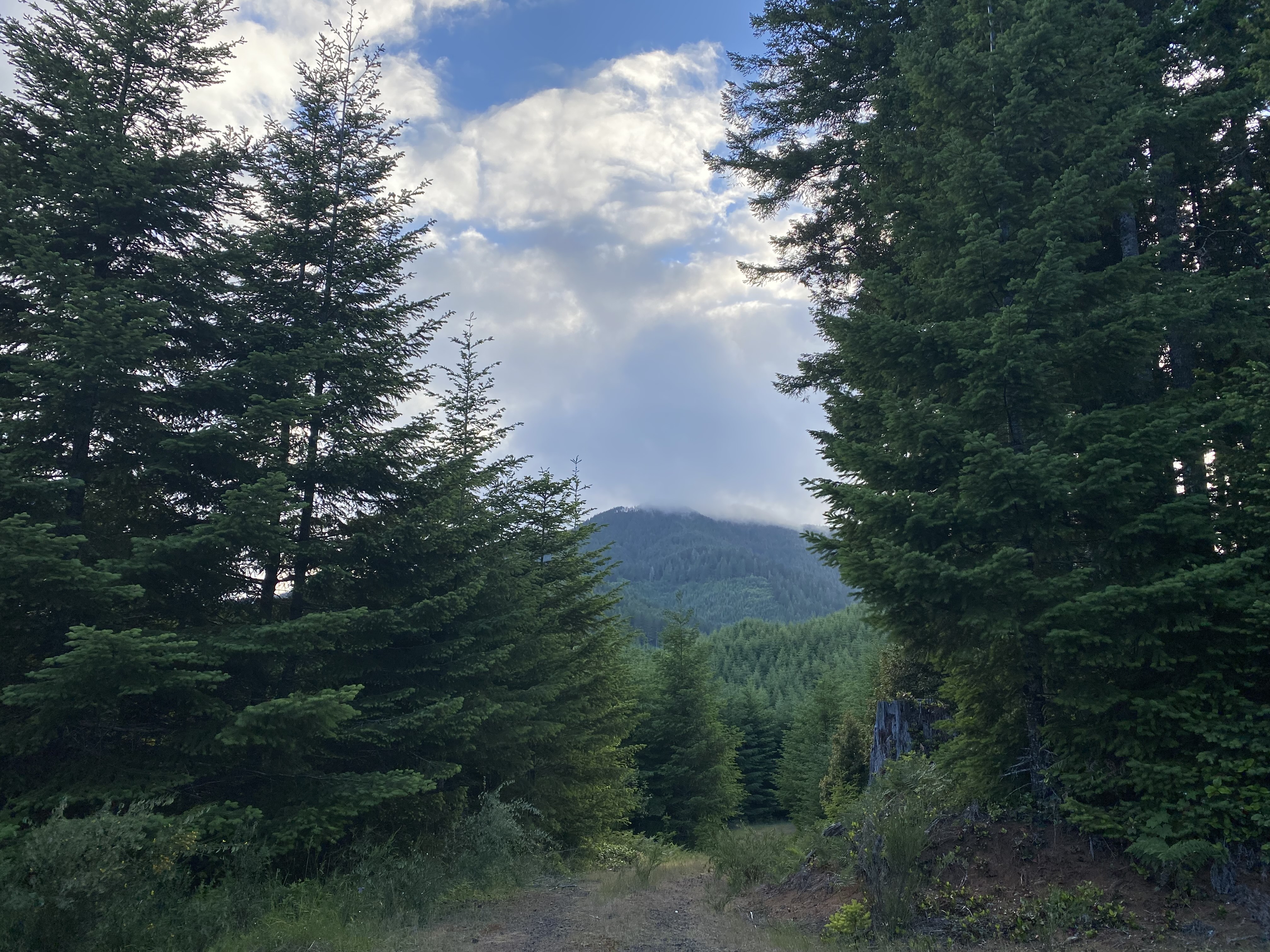 Mary’s Peak looming in the distance 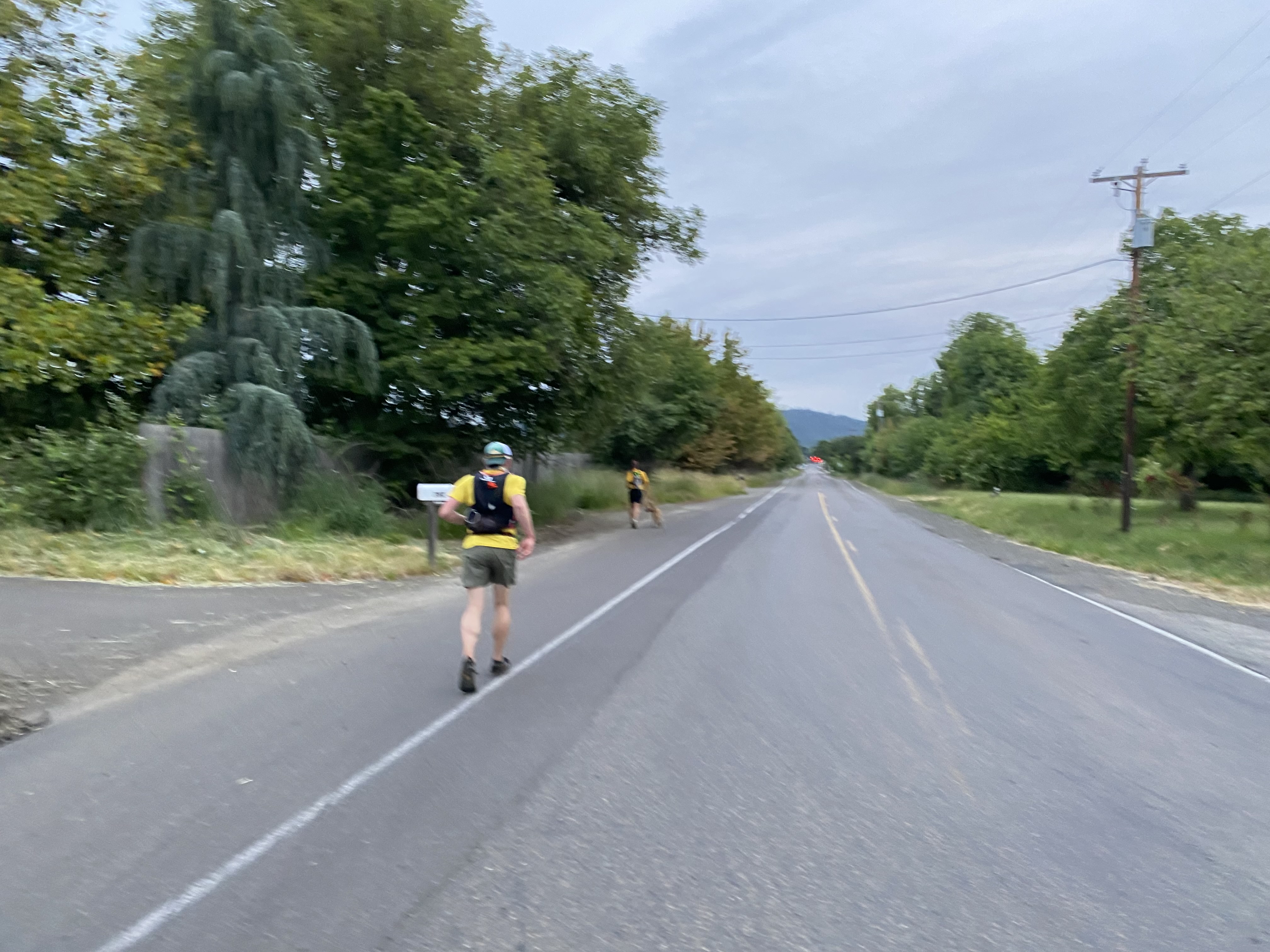 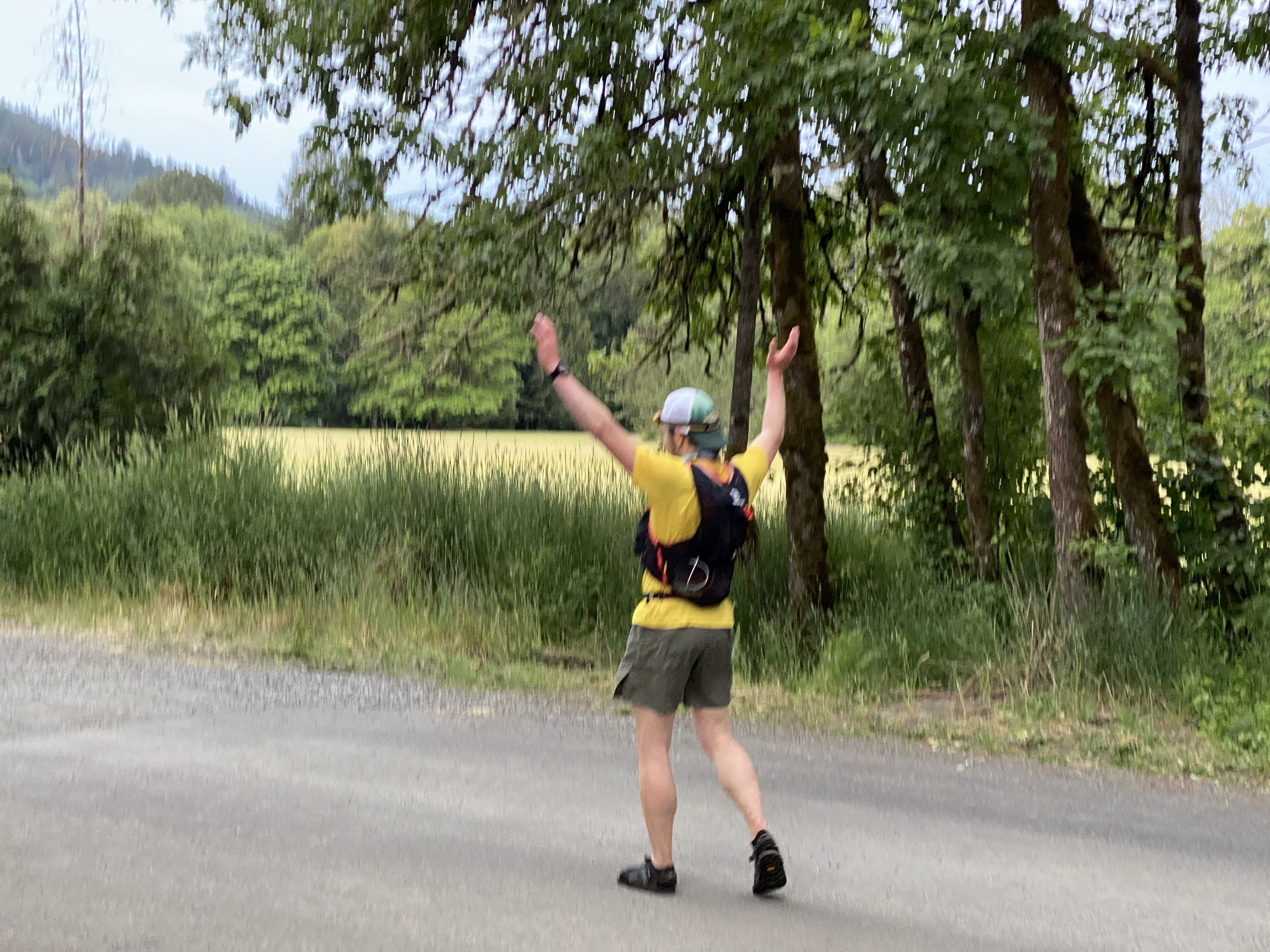 
Brian’s Story: A multipart recap of the first Coast Range 100!

The Central Oregon Coast Range has a wide expanse of accessible Bureau of Land Managament land with large reserves of old growth forest enveloping challenging vertical terrain. Over the course of running 100 miles, I summited five peaks over 3,000 feet and dropped below 1,000 feet in the valleys between. There is great potential here to build trails that can protect this threatened public land if endurance athletes begin to recreate out here. Special thanks to Trail Butter and Jan, my crew captain, who made this run possible, (her dogs wanted to run the whole route with me)!

The first section of the run began with a weather report calling for clear afternoon skies in the Coast Range, turns out, that wasnt exactly right. On my journey I saw many banana slugs throughout the day (some munching on fallen tree leaves), I caught the rhododendron bursting into bloom all over the mountain, saw the jaw-dropping summits of Prairie Peak and Prairie Mountain, and saw three piles of bear poop while running (I was lucky to run into a bear a few weeks prior while exploring route options).

I descended off of Prairie Mountain into Alsea for my first check in. It was so nice to some friendly faces, Nick, Yelda, and Jan,  otherwise, my passing through Alsea went unnoticed. I strapped on thick sandals and felt some tightening starting in my right calf (soon enough everything would feel this way). Like something out of a fantasy novel, I passed over the threshold into a cool foreboding forest heading toward Grass Mountain. I put on my jacket figuring the cloud enshrouded forest would not be a warm place when the rain began, washing away with it the run’s initial optimism.

As I traced the faint roadbed to the summit of Grass Mountain, I was drenched in ice cold rain. My new gps watch and phone livetrack crashed. Despite my wet phone barely working and there being nothing dry to wipe water off the lens, iI tood there with my teeth chattering trying to capture the moment. At the ruins of the lookout tower on the summit, my arms tensed against the cold, and my shoulders ached. It was a rough go to get to the meadow, because the western summit traverse was getting hit directly with the weather coming off of the water. I willed my chilled, slow-motion body down below 3,000 feet, and the temperature suddenly got balmy. While packing my jacket away, I discovered that my brand new headlamp had fallen out of a ripped hole in my pack. I thought it was funny and knew I had to get over the summit of Old Blue Mountain before dark, because the “Barkley” bushwhack there would not be doable with only a phone light. Despite the sunset approaching, I couldn’t help but admire the first clear view of the day. The bushwhack left me drenched with ice cold water from pushing though the vegetation, and I was shivering by the time I reached Old Blue Mountain's summit. Looking north, Mary's peak was covered in a thick cloud.  Running in slow motion again, I needed to drop elevation to warm up as the sun was setting. Out of the danger zone, I was moving easier again and could see Prairie Mountain and Prairie Peak to the South. With perfect timing just as it got dark, my friend Cary ran up and handed me a headlamp at mile 34. I made it! Bree and Erin brought my dog Beren who would be turning 15-years-old in a of couple hours!

At the bottom of the Old Blue Mountain descent, 26 miles going up and over Marys Peak remained. Cary joined me and made the final climb fun and go by so fast!  Cary and I pushed through mile 80, the infamous “halfway” point for a 100 miler. We topped out at 1am, where the Mary's peak summit clouds had cleared and the valley lights and milky way shone below and above. My legs were too dead to run a consistent and fast enough pace to beat sunrise, but the dawn brought serenity to the finish in Philomath. Jan and Henri ran (mostly hiked as I tried to run) through the night with me down Marys Peak straight through to the finish! What an adventure. Thanks to everyone that helped make this run possible! 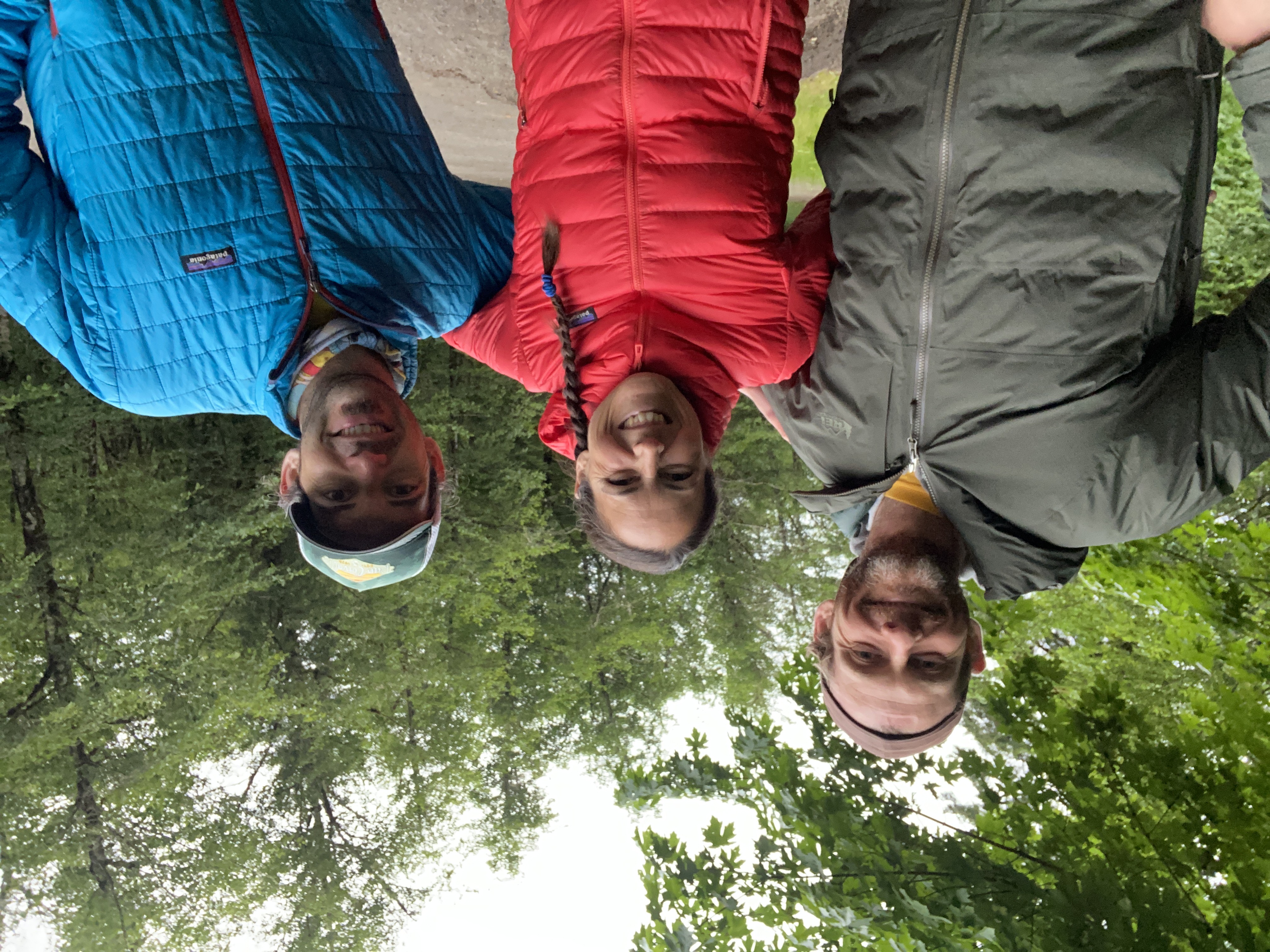