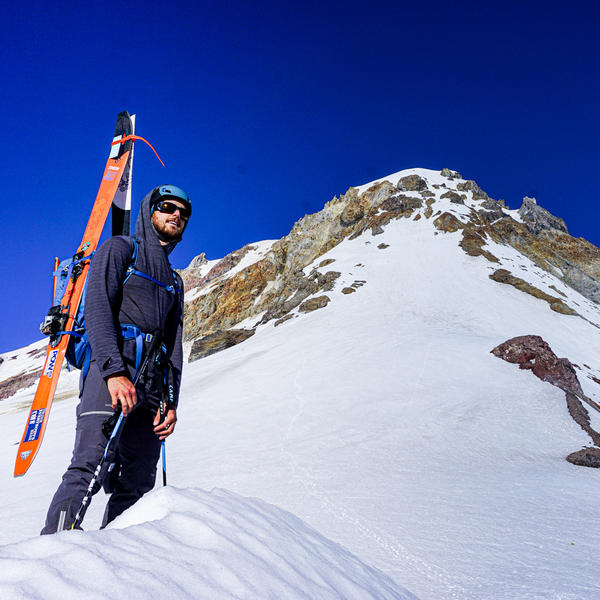 When someone asks me if I want to go skiing, it's hard to turn down.

Even harder when it’s the Cooper Spur Route on Mt. Hood, which has been on my mind since climbing it last year with the intentions to ski it - only to find it covered in thick, glaze ice and opting to ski the south side instead.

So, when Noah Kimmes asked me if I was interested and sent me a recent trip report saying it was still ‘in’ - the rest was history. Immediately I checked the weather report for the next few days, we concluded Friday was the best window, plans were set in motion and the anticipation began… 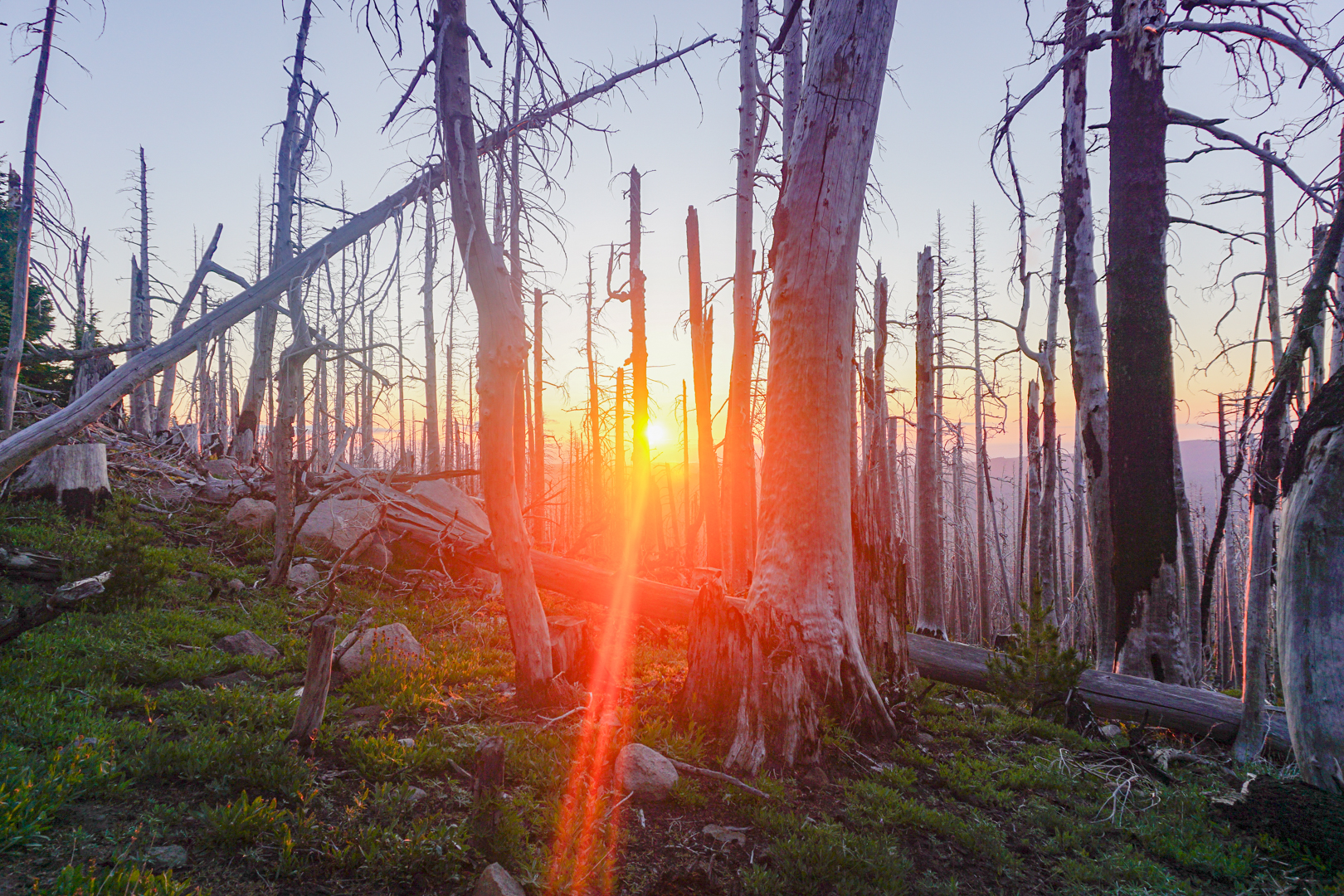 My alarm blared as I felt through the dark for my phone; half conscious.

As my eyes adjusted I made out the 04:30 on my watch, popped open my truck’s canopy window, and crawled out of my truck into the  brisk - welcoming - dawn-lit morning. Coffee was made and consumed and my pack was loaded.

Soon, with skis on our backs and trail shoes on our feet, we were on our way up the trail - 600B - towards the Cooper Spur stone shelter and Tie-in Rock.

With a designated trail and little snow travel the hike passed by very quickly - partly because I’d only ever approached Cooper Spur from the Ski Area Lot well below Cloud Cap and through much more snow. It was a nice change of pace and scenery hiking to our objective in trail shoes; just one of the many benefits of spring/summer turns.

Once at Tie-in Rock we took a quick break and swapped out shoes for ski boots and crampons, then the real fun began. 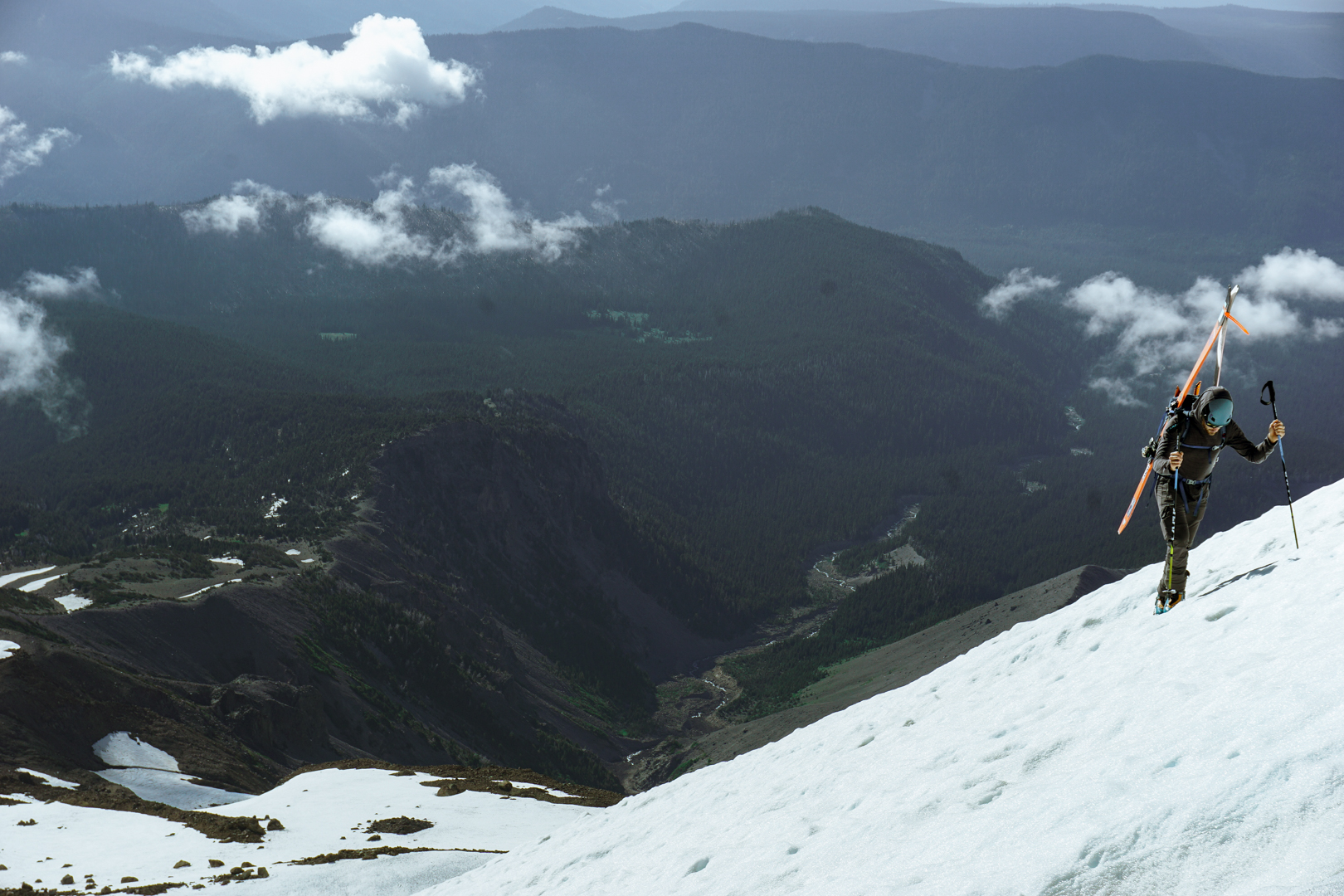 Although it was a bluebird day and the sun sat high in the sky, the snow still felt relatively firm with a surface layer of corn snow.  It was looking like it’d be great for climbing and have enough time to soften up for the ski down.

There were signs of recent rock fall as well as a few runnels - knee deep trenches - that scarred the face. As we ascended higher and the slope steepened we found suncups resembling fish scales. 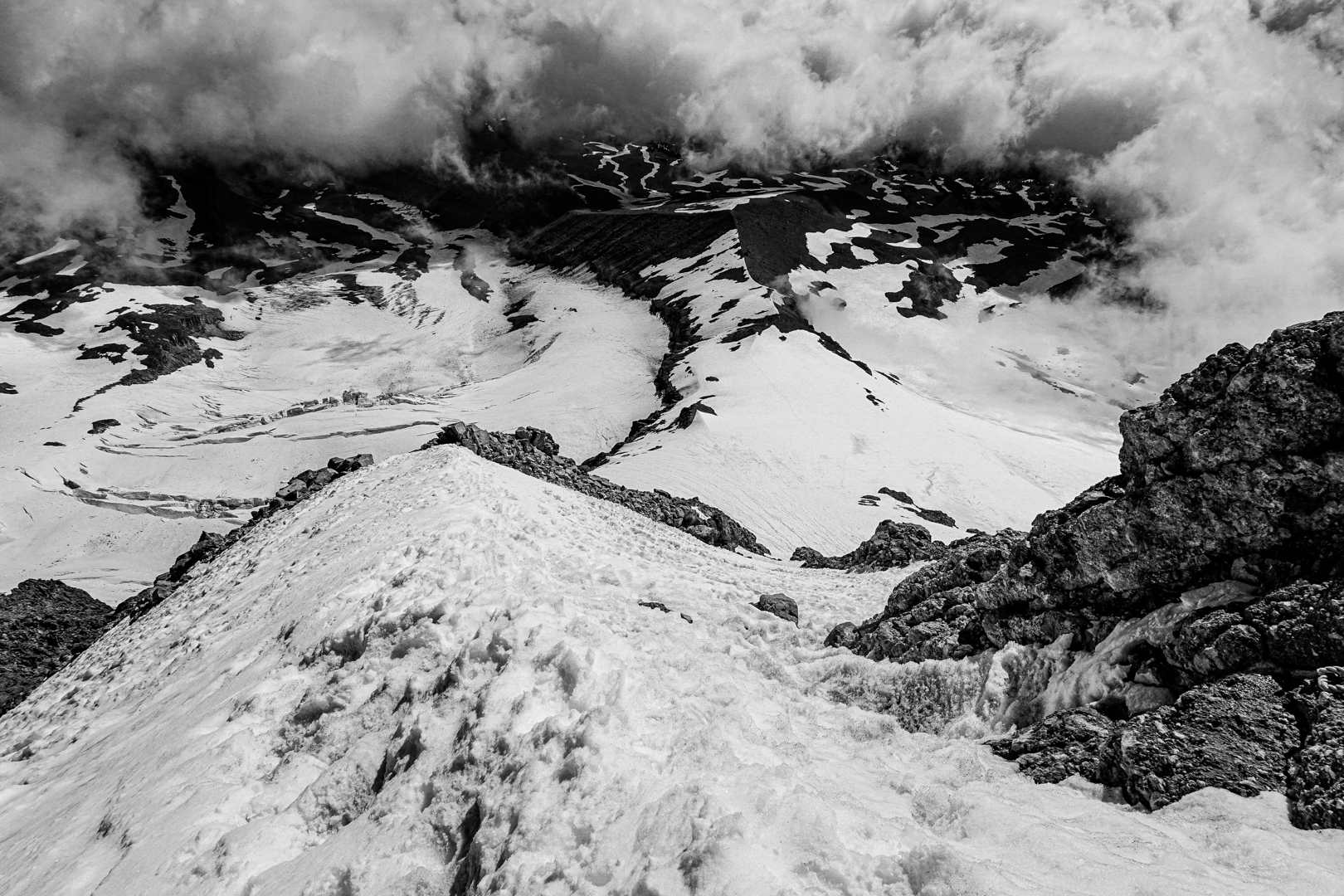 We were greeted by a cold wind as we crested the summit and were happy to not be descending the south side which seemed crusty and uninviting. The ski down however had become more intimidating during our intimate ascent of the route. We were concerned about the suncups and runnels situated above no fall zones; wondering how much turbulence they would cause during our decent

As soon as we made our first turns on the slope all our fears evaporated and all that was left was the mountain, our skis, and us.

We descended quickly but cautiously through the choke points up top and let it rip down the main face - stoked on the snow quality, epic route, and the shared adventure. 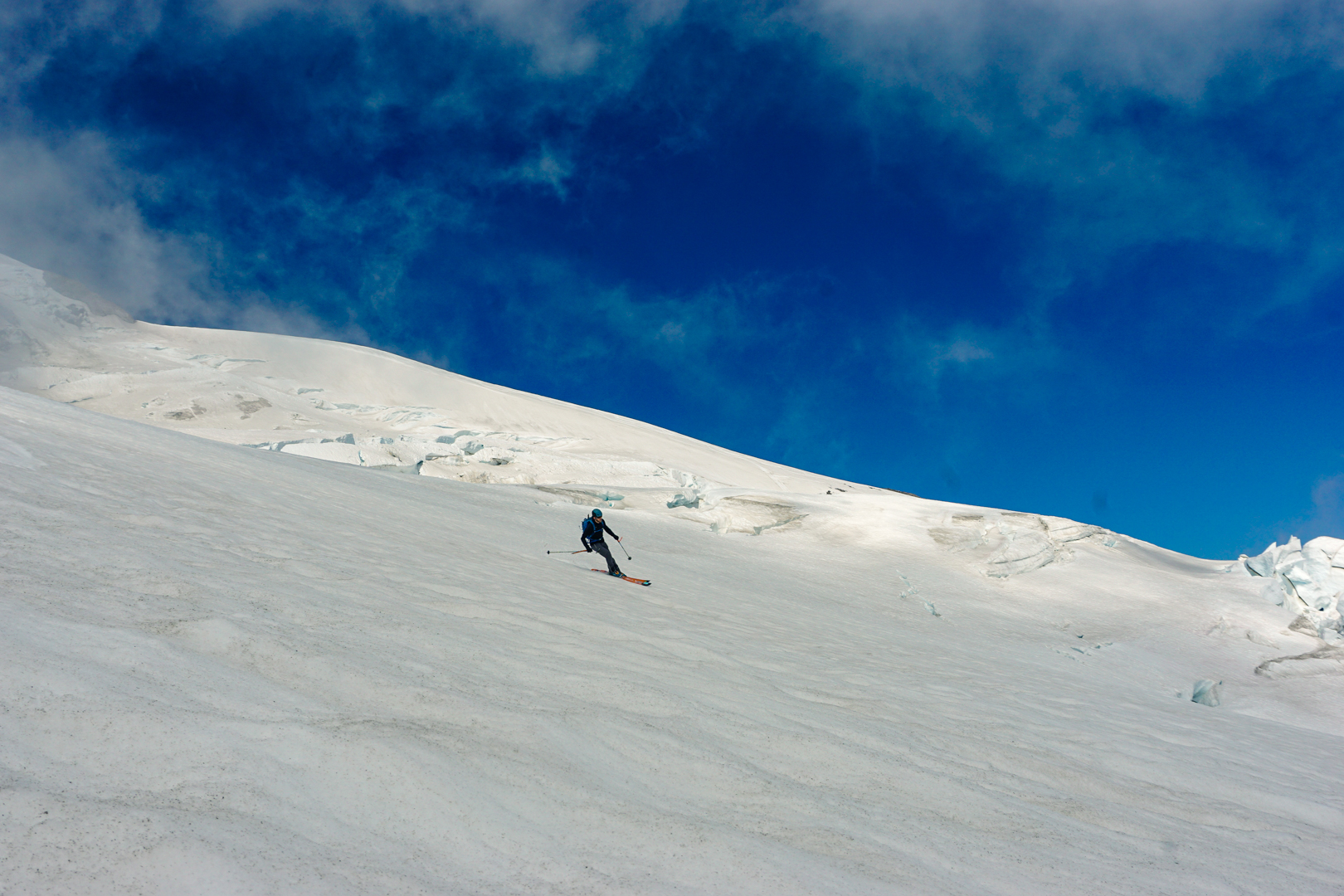 Exiting the main face we skied onto the eliot glacier and rode the bands of snow as far down the moraine as we could. Hitting dirt - we threw our shoes back on, skis and boots on the packs and began the trek back down to Cloud Cap.

The Cooper Spur Route is an iconic route on the North Face of Mt. Hood. I love this route because it provides incredible views of the lesser seen side of Hood and some of the more complex glaciers on the mountain. This route can vary in difficulty depending on the time of year and conditions it is attempted in. It is also important to note that spring and summer ski mountaineering is a high risk sport. Although some factors such as avalanche conditions are less relevant there are other, more instantaneous factors, such as rock fall, that need to be accounted for and kept top of mind at all times in these environments - I blocked a rock with my boot that you would not want to have hit you by surprise.

Understanding yourself, your limitations, and your essentials will lead to a long life of adventure and a solid partner just adds icing to the cake. So seek mentors, connect with others, and go adventure together!