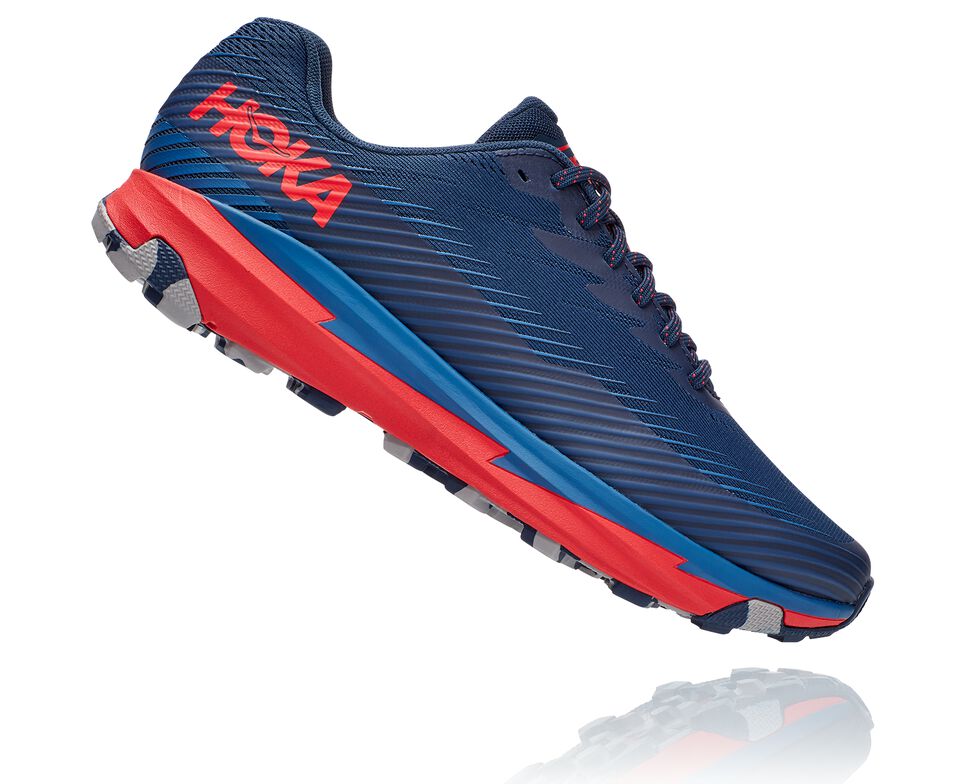 What HOKA Says about the Torrent:

A low-profile nimble trail racer with cushioning and agility, the Torrent has lightweight performance with forgiving landing and responsive toe-off. Engineered mesh upper, multi-directional lugs for improved traction, and a sticky rubber outsole to tackle a variety of terrain. 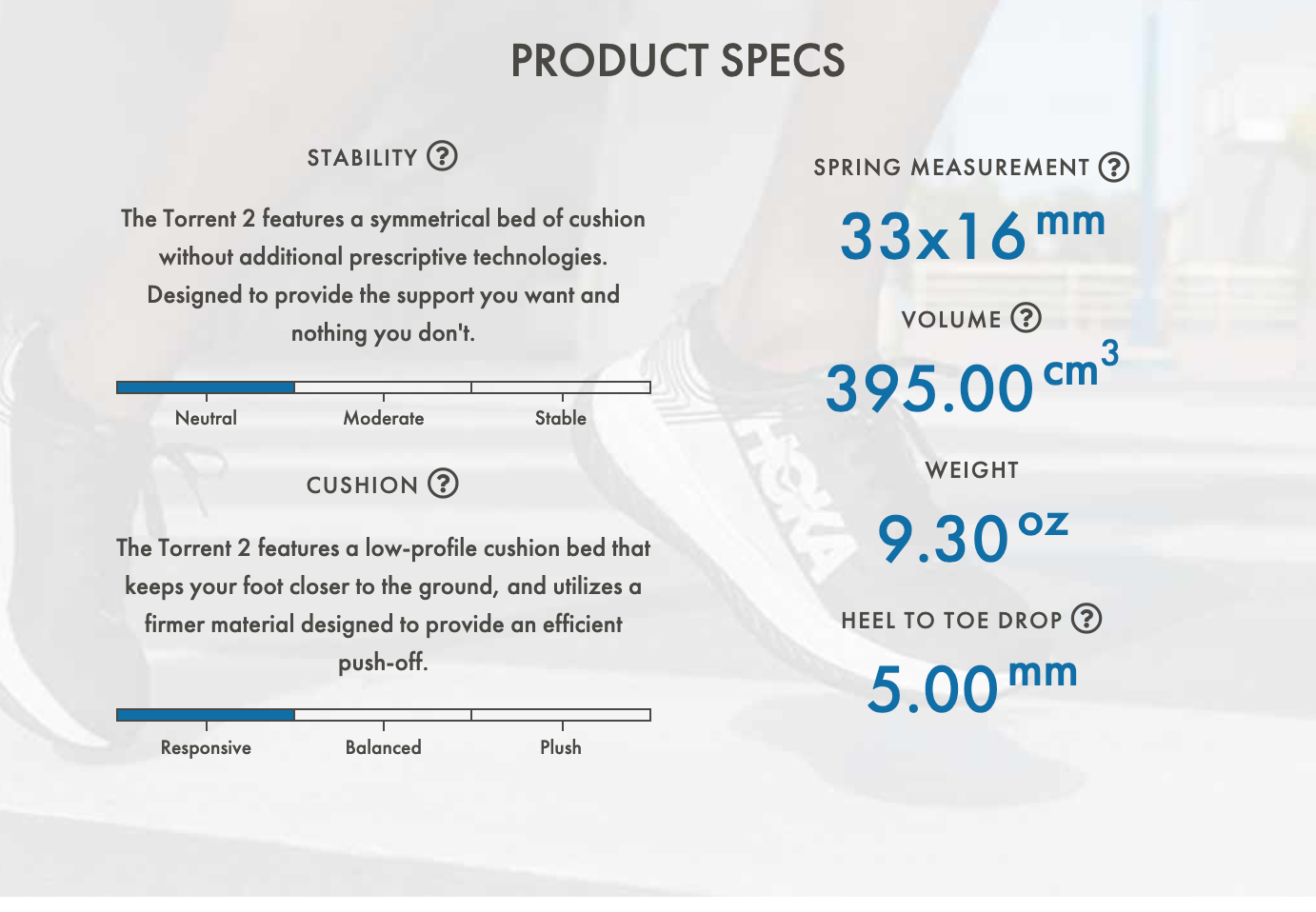 What Eric Says about the Torrent:

Like many things in life, my relationship with Hokas has changed over the past few years. At first, I was all in, wearing the highest stack height Hoka I could find and running probably too many miles. As I've grown older, and rolled too many ankles, I've turned to some more minimal shoes, even running a 50k in basically Salomon racing flats. But recently I've found the unicorn - the Torrent, a Hoka with a respectable amount of cushion that still feels fast. I've worn the Torrent running the Timberline Trail and for hundred milers, and I've found it can handle moderately technical terrain without compromising the speed I try to tell myself I possess. It feels nimble for shorter runs in Forest Park too. Ultimately, if I'm hitting the trails 9 times out of 10 I'm reaching for the Torrent. It is a lightweight shoe that can go pretty much any distance, and there's not much more I could ask for. 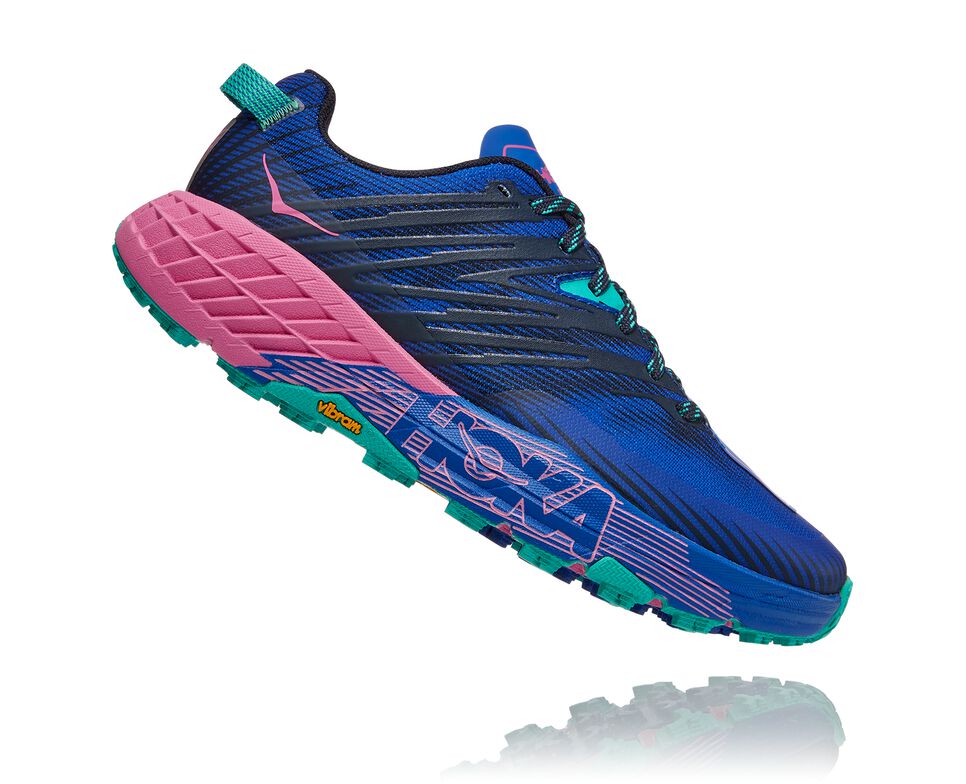 What HOKA Says about the Speedgoat 4:

Breathable yet rugged mesh with a 3D printed overlay for increased midfoot support and an overall more secure feel. More accommodating fit in the toe box, grippy 5mm stepped lugs for the uphill and secure on the downhill. Midsole features a new lightweight foam for a more responsive ride. 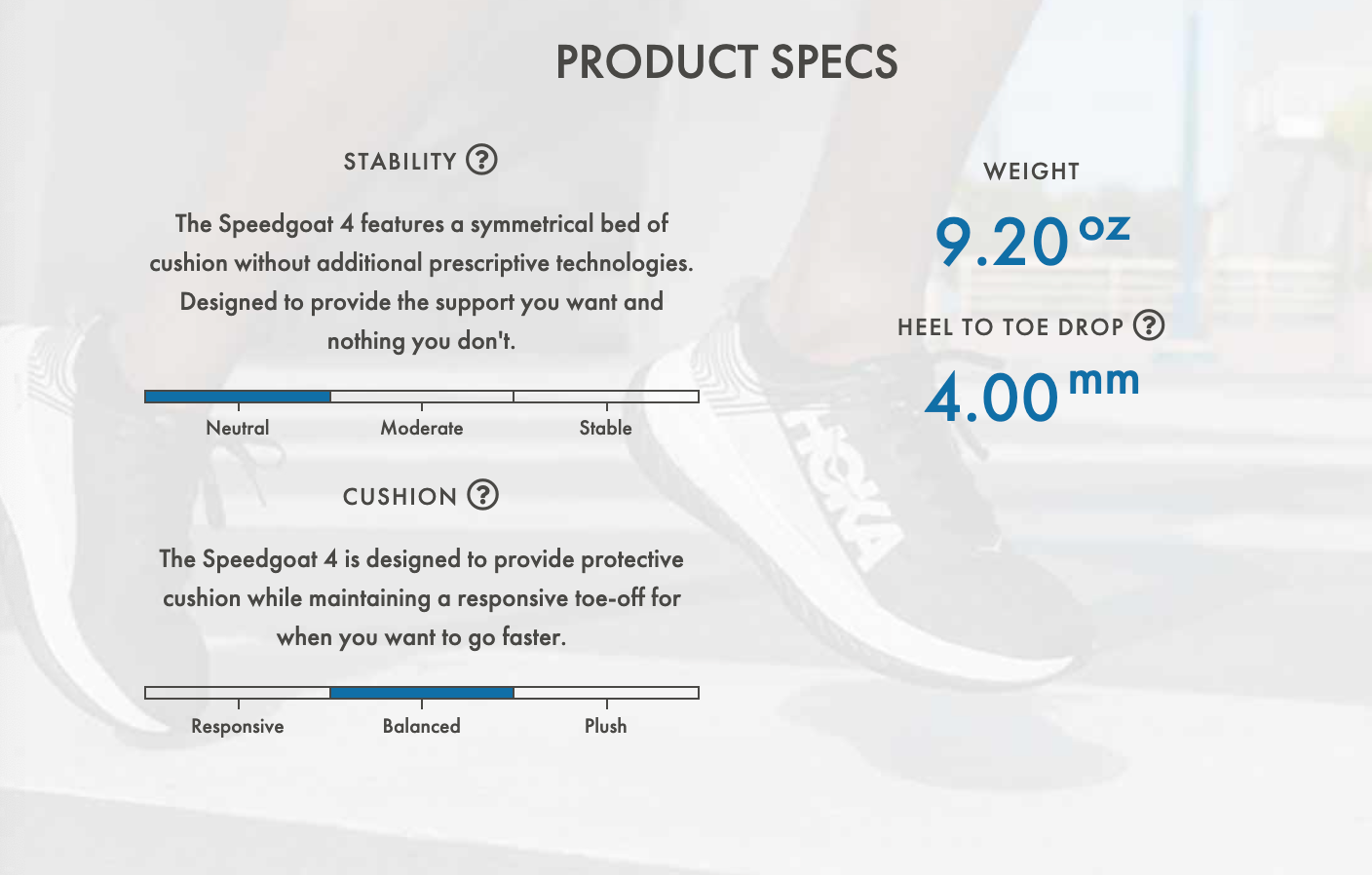 What Jess Says about the Speedgoat 4:

Being a very late adopter to the big cushy sole movement that has been making its way onto the running scene over the last several years, I was skeptical. I've been running in low profile trail shoes for quite awhile and have gotten used to the stiffer sole and feeling the ground under my feet. Being a minimalist at heart, the brazen sole height of this shoe and the look of its pillowy cushioning felt downright indulgent. "I don't need all that" I thought, I want simple, I want minimal, then....I tried something else. The Hoka Speedgoat 4 are a healthy mix of bouncy and absorbent, just the right mix for my frequent niggles from running, including pain on the balls of my feet where minimal shoes do not provide much cushioning. Running down steeper hills, the shoes feel springy and propel me into my next strike instead of my foot, ankle, knees absorbing sharp impacts. Running uphill, the shoe rocks me forward onto the balls of my feet. Perfect for the trails of forest park and straight forward on less technical terrain. An easy shoe to use on longer runs, and ramped up training mileage and beest of all it doesn't hide its best feature, a big pillowy sole for the win!