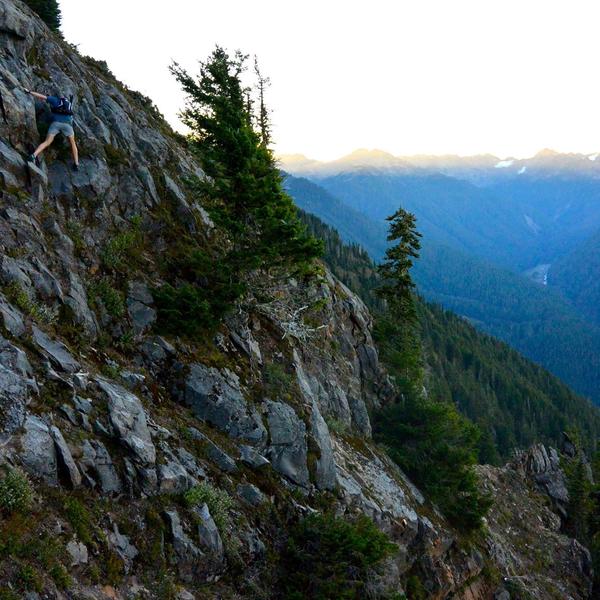 Trail Tip #1--
"Trail running" is one of our favorite activities and we've coached and trained hundreds of people over the years who want to trail run.  The thing is though, which is the reason for the quotation marks, trail running really isn't a very accurate handle for what the activity oftentimes actually entails when you're out there doing it.

You'll be hiking too at times and that's the bare fact of it, for even the fittest and fastest of trail-traveling athletes.  Sure, the ratios of hike-to-run may vary with fitness and desired output but the point remains, "trail running" is more often than not a mix of both running AND hiking.

So here's two suggestions to keep in mind, especially if you're just getting into it and adjusting to the new terrain and skill set, looking to go farther sustainably, or both:

Leave your Ego at the trailhead--
This one is pretty self explanatory, but definitely not easy as most would reluctantly agree.  Especially in an increasingly comparative culture ("Comparison is the thief of joy" said Theodore Roosevelt after all) we must try to get away from that mindset and all the pitfalls that go along with it.  The negative effects range from less enjoyment of said activity at best, to minor to potentially serious physical injury by overtraining or pushing beyond one's means at worst.

Don't Call it "Trail Running", use "Foot Travel" instead--
Words have power.  When we identify as "trail runners" and say we're going "trail running" but then hike half the time there can be subtle or not-so-subtle negative self-talk that goes on, comparing ourselves, feeling like we could have done better or be more worthy of praise if we'd run more, or faster.

Let's be real: moving your body and getting outside is worthy of praise no matter your pace, or anything else for that matter.  So don't even call it trail running.  So next time you're headed out, say you're going "foot traveling"; some running, some hiking, less pressure, more enjoyment.  Give it a shot!