It seems like most people in Portland have found or rekindled their love for the outdoors, and are spending more time outside recreating than ever. This has made summer at the shop a busy one. I, perversely, have spent quite a bit less time outdoors than previous summers. A combination of injuries, cancelled races, busy work schedule, house hunting in a crazy market and a host of other excuses have kept me inside a lot more than I prefer. I’ve really only been inspired by exploring new to me terrain close to home, which has meant some long bike rides in the darker corners of the Gifford Pinchot National Forest. While working this last week, another idea piqued my interest: an overnight backpacking trip circumnavigating Pahto (Mt. Adams).

The Pahto circumnavigation is largely straightforward, with the exception of a 4-5 mile off-trail section on the eastern side of the mountain. I’ve spent a lot of time in the Pahto area, but never traveled around the entire mountain. I did about 15 minutes of research the day before my trip, and drove out to the Morrison Creek campground to camp. Morrison Creek is on the south side of the mountain below the popular Cold Springs trailhead; I typically prefer to start there to avoid crowds and the bumpy drive up to Cold Springs. 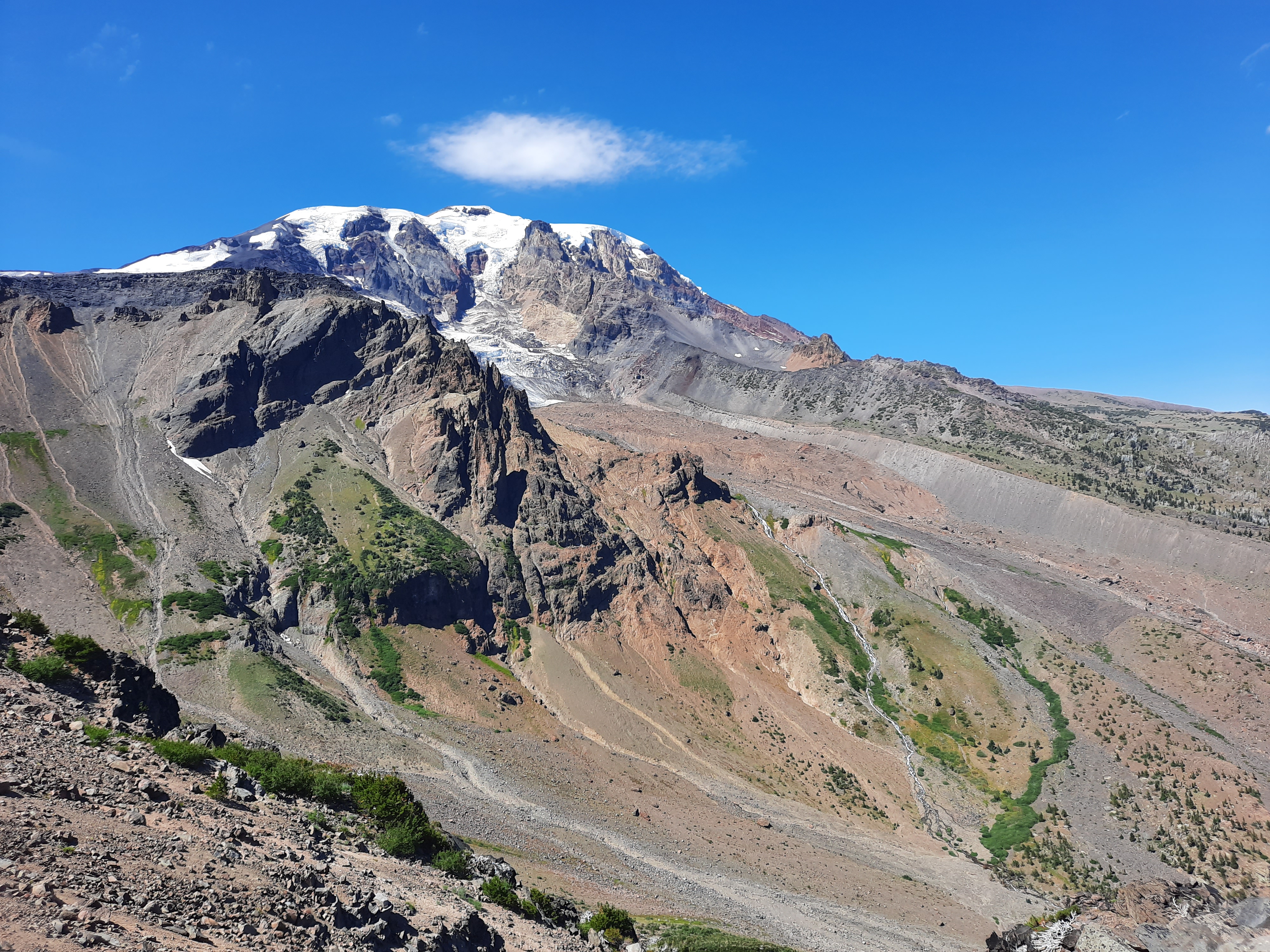 I left Morrison Creek around 7:30 am, and it immediately began to warm up. I cut straight up to the Round the Mountain Trail, and made it to the off trail section starting at Hellroaring Meadows about two and a half hours after leaving the car. After a quick map consultation, I made the ill-advised decision (maybe should’ve done 15 more minutes of research…) to plunge directly into Hellroaring Meadows and then straight up to the top of the Ridge of Wonders. Most parties on this route stay higher on the mountain, traversing glaciers to avoid the steep climbs and descents I encountered. The next couple miles were a total slog, with a torturous descent through dense foliage and a near vertical hike on loose rock and through heavy brush. I was rewarded with the sight of an enormous elk herd on the way. 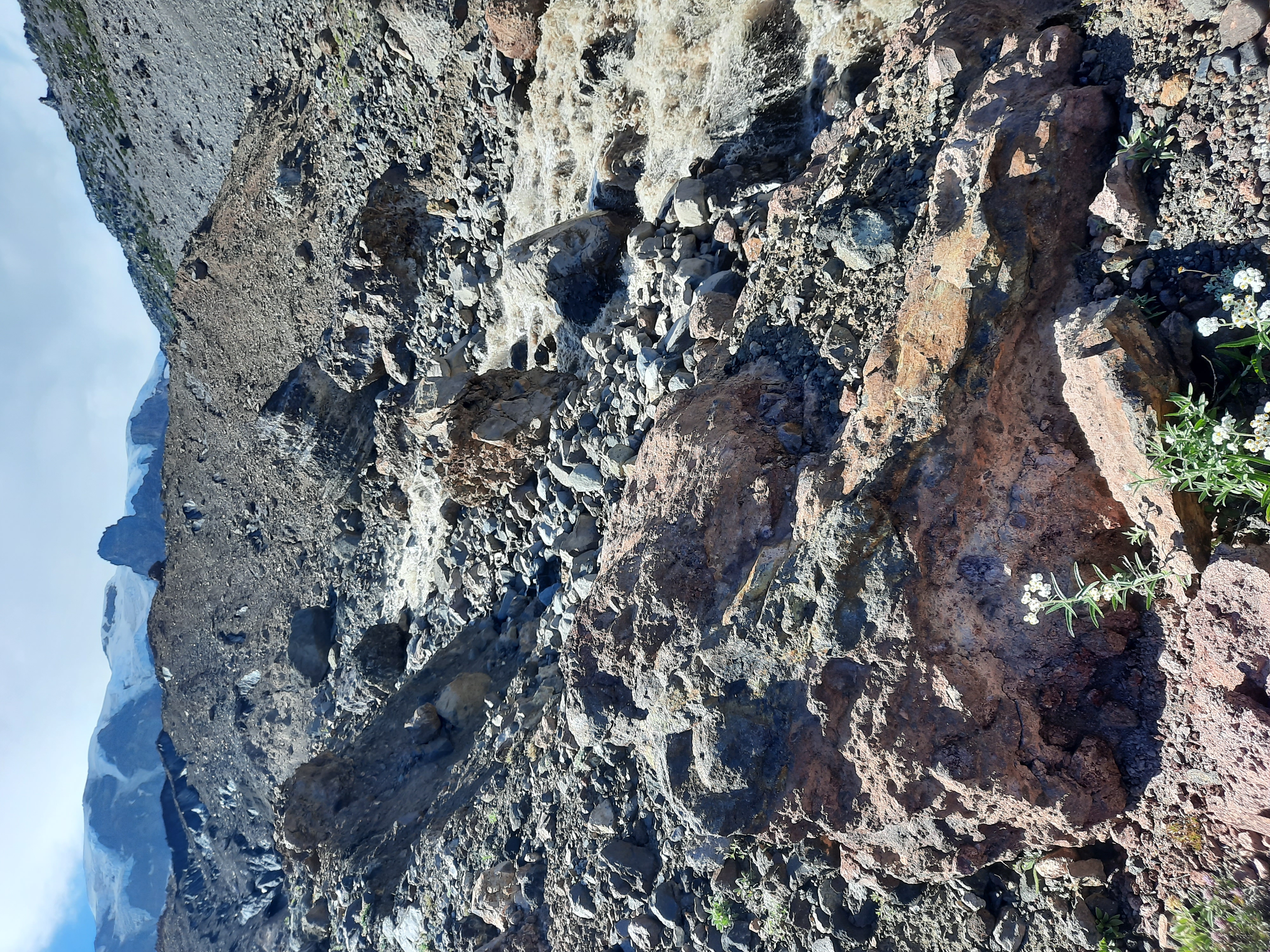 By this time, the temperatures were rising into the 90s, and when I topped out on the Ridge of Wonders I was feeling pretty beat. I was presented with another 1000’+ descent down a scree field. My shoes were filled with rocks by the bottom, and I encountered Big Muddy Creek around 2:00 pm. The creek was raging, and I couldn’t find a safe place to cross. I ascended to the Klickitat Glacier where the water flowed from, and scrambled over the glacier and directly up another sandy, scree filled ridge. After countless rocks bouncing off my shins and endless ankle twisting terrain, I crossed a couple more booming streams and stumbled over to where the Highline Trail picked up. The off trail section had taken me well over 6 hours. Word to the wise, stay a lot higher on the mountain and this section will go a lot quicker. Also, avoid this section after several straight 100 degree temperature days, as the glacial streams morph into angry, raging rivers in the heat. 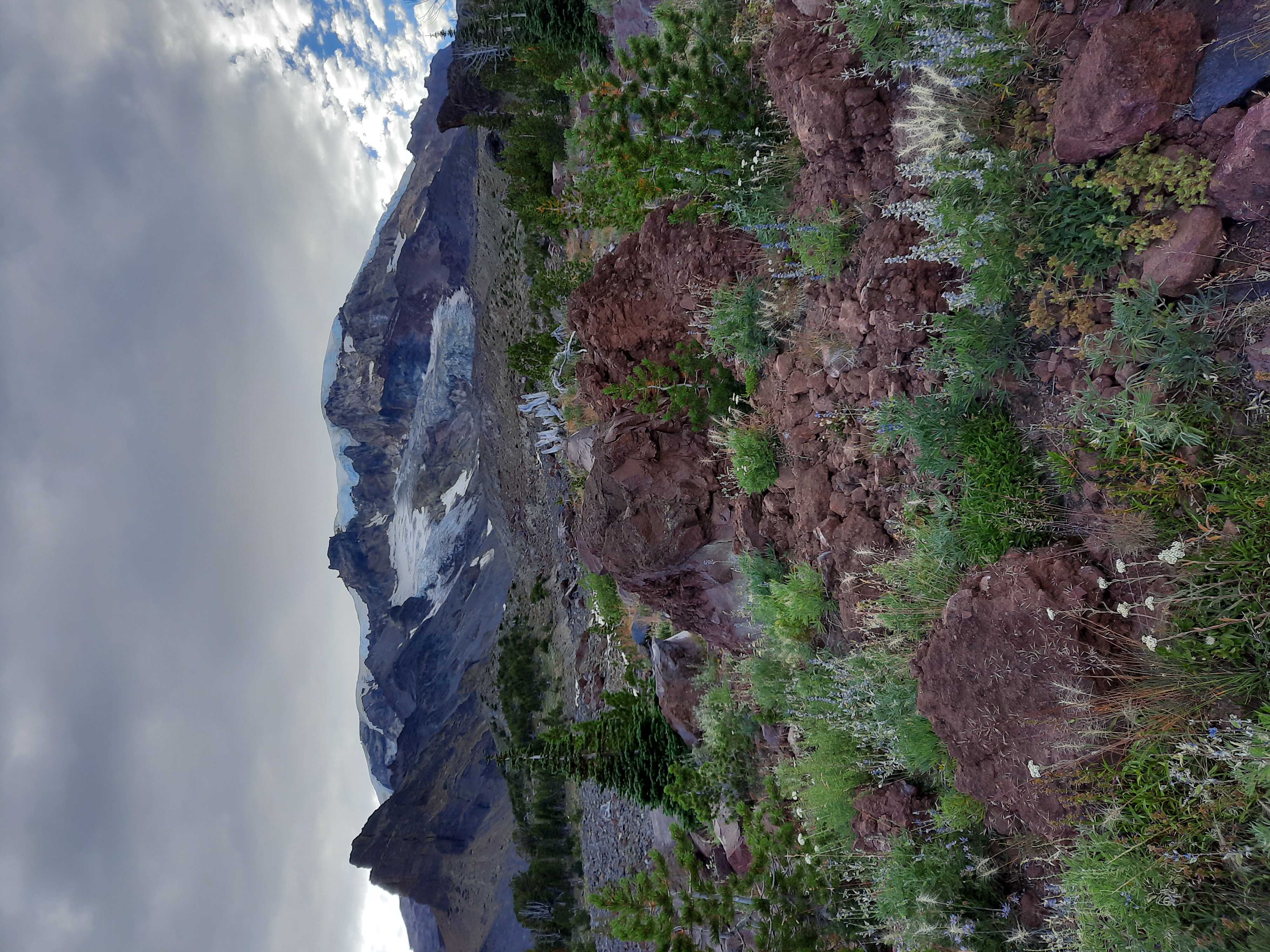 I stumbled up the trail; I had eaten very little that day other than a few Larabars and peanut butter. I ran into a herd of 50+ goats who scampered away. I stopped briefly around 8 to eat some dinner, then reached the highpoint of the trip of around 7800’ on the Highline Trail. The sun was setting, and I was treated to a sublime view of Goat Rocks and Rainier in the distance. I bivvied around 7200’ feet as the last tendrils of light disappeared over the horizon, and the rocky points of the Gifford Pinchot jutted into the sky as stars bloomed above me. 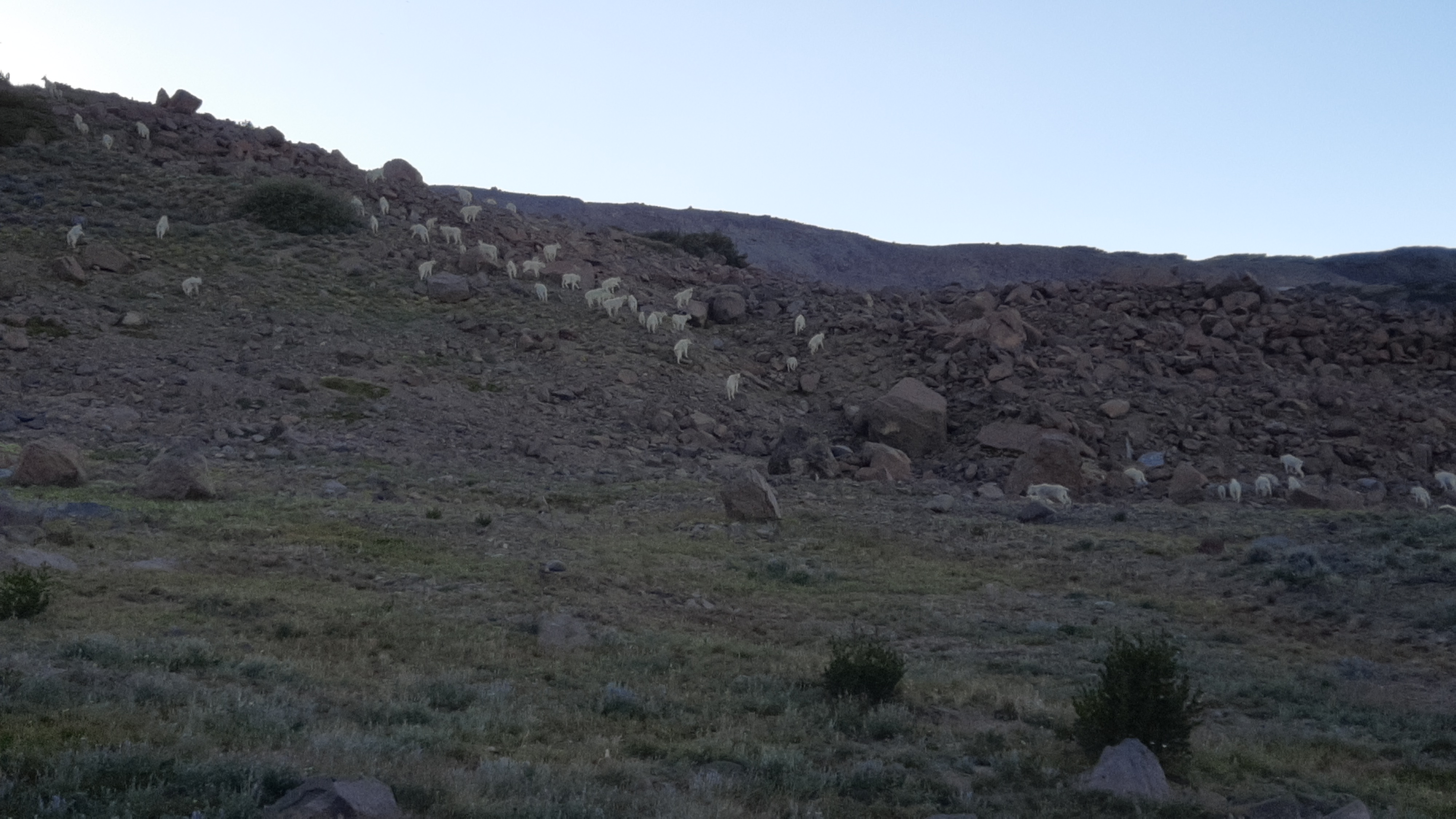 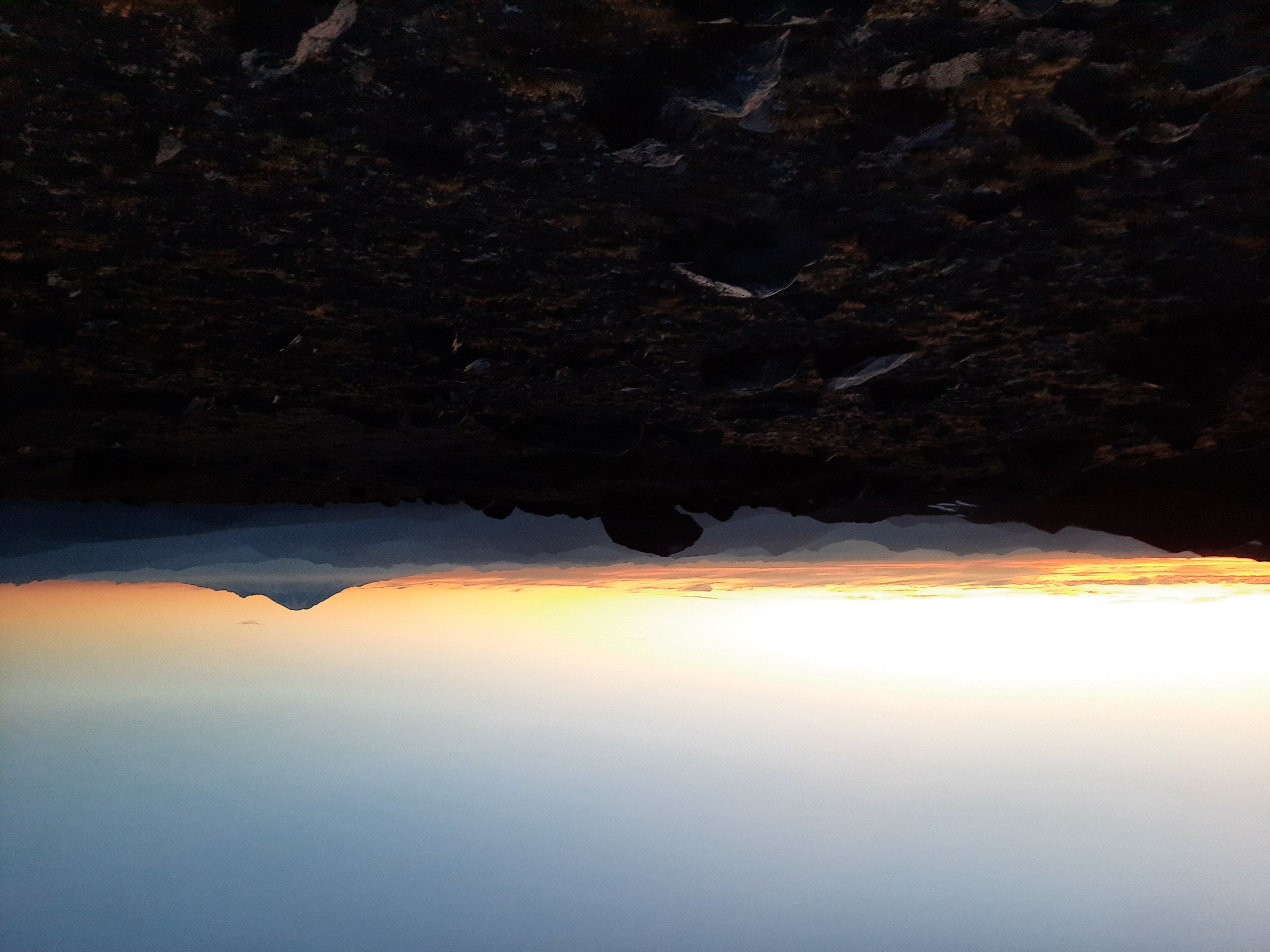 I bivvied with my pad and sleeping bag, and at the higher elevation the wind was quite strong. I slept fitfully, and arose early. I was down to peanut butter and tortillas, and ready to get the 20 miles of singletrack remaining done with. The trail met up with the PCT after a few miles, and I saw about 20 people throughout the day (compared to 2 I saw the day before). As the heat rose I marched back to the car with a sense of purpose. My legs were destroyed from the bushwacking, my socks had worn a hole in them from the rocks that had filled my shoes the previous day, and my shoes, already in poor shape, were ready for the trash. The high temperatures ate away at my spirit, and the intense sun in burned areas was demoralizing. I made it back to the car, hungry, dehydrated, and feeling wrecked. This was just the sort of quick trip that has motivated me this summer. 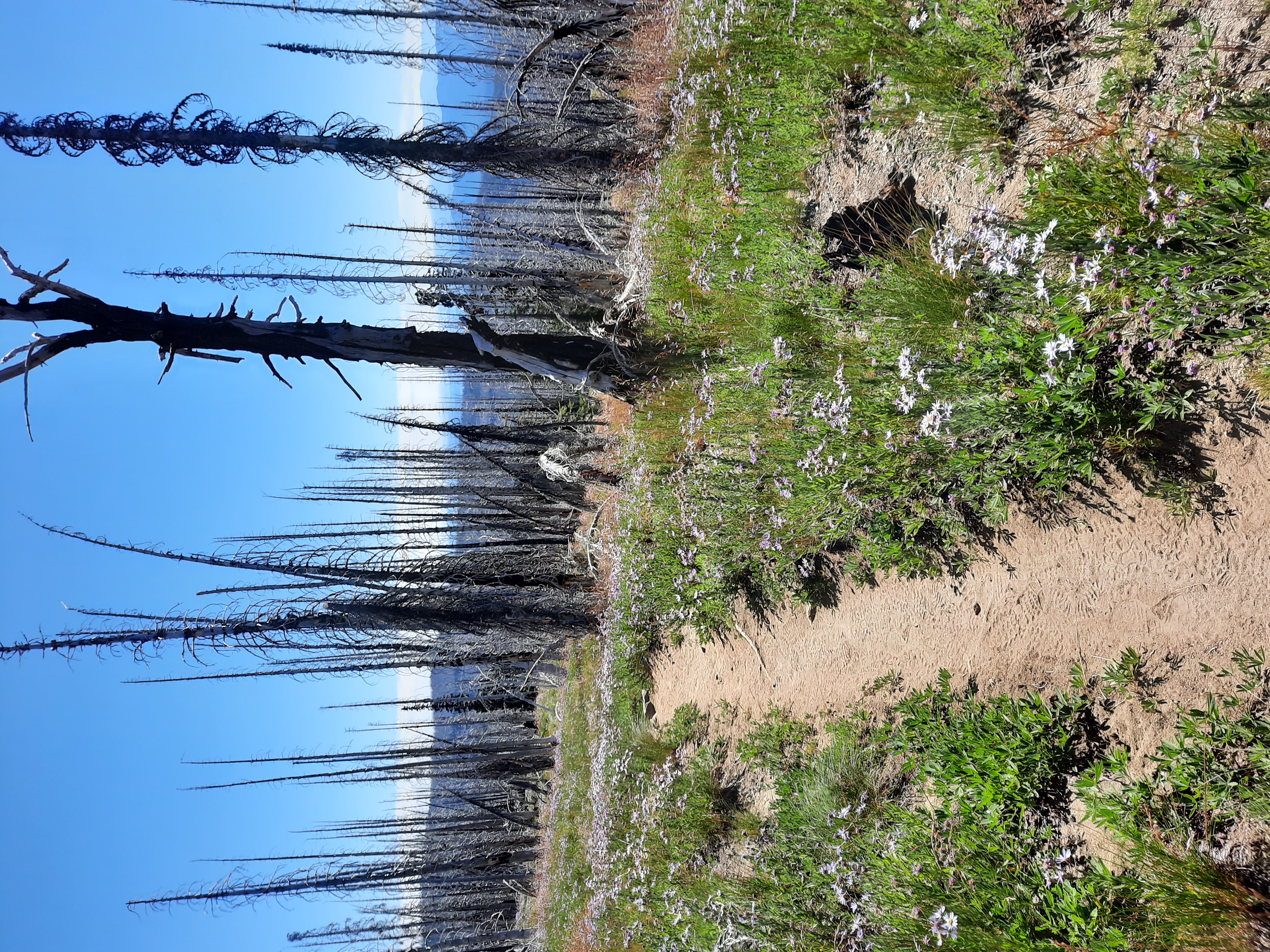 The Pahto Circumnavigation is beguiling. 85% of it is extremely straightforward and no more difficult than the Timberline or Loowit Trail. The 15% of off-trail travel is short but wild and difficult. The experienced backpacker should definitely check it out, but proceed with caution. You might find yourself staring at a raging glacial river, nowhere to cross, wondering how in the hell you’ve gotten yourself in this situation, and wanting to be nowhere else.