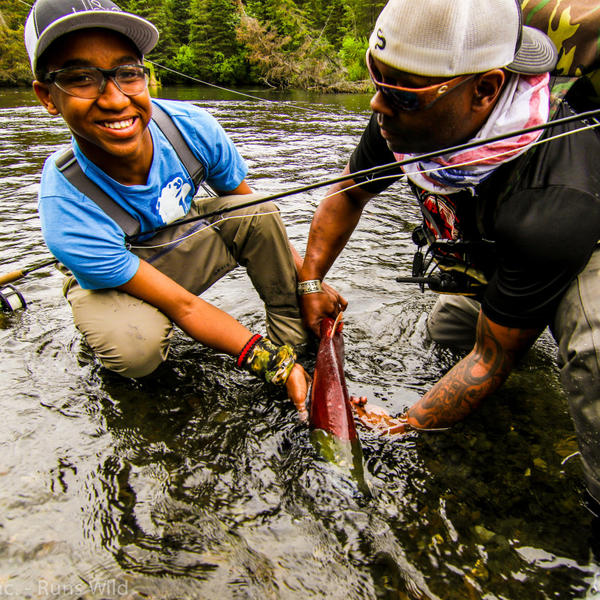 Over the last weekend I was taken on an interesting “visit” to the Gila River. It was interesting in the sense that I didn’t actually go there, but was still given the experience of this amazing place. Last weekend me and the organization I am a part of, Soul River, had a virtual deployment to the Gila River in New Mexico and it was a great opportunity to learn about the river. Usually we actually go to the destination set out for us, but the recent COVID-19 outbreak sadly stopped us from actually going to the river. I’ll be honest I was a bit skeptical about the virtual deployment mainly because it was so different to what I am used to from Soul River and I didn’t know if I would get the same learning as I did actually being there. The virtual deployment has happened since then and while it wasn’t the same as regular deployments, it let me learn just as much as if I was there. We usually give presentations while we are out on deployments and I often make a stack of papers and just present them there, but being at home gave me and others much more creative freedom. When we started we were shown a small video of the Gila River and since my sleep schedule was a bit spotty, I slept in and missed about half of it sadly. Even though I arrived late I was still given a pretty good view of what exactly the river was like and it was actually quite different. When people think of the southwest United States, they think of arid deserts and little to no water, this is simply not the case for the Gila. It is a vibrant lush river that still has aspects of desert intertwined with it, from the sandstone cliffs to the sagebrush lining the river's edge. Its biodiversity was nothing to scoff at either, such a wide array of reptiles, mammals, birds, fish, and insects call this place home. We were also given an in depth look into how the Gila has been protected over the years, through proposals for dams, diversions, and other water development projects. To this day it still stands as an example of the beauty of the southwest, but that doesn’t mean it is free from danger. Another element of the Gila that must be protected is the rare Gila Trout, a fish species that only lives in the Gila River and is currently on the endangered species list. Declines in its population can be pointed to agricultural development and habitat loss.  They are currently listed as endangered and efforts have been made to help restore their numbers. Currently conservationists are trying to get the Gila River under the Wild and Scenic Rivers Act so it can be federally protected from development. I believe we must protect the Gila because it a prime example of beauty in a place you wouldn’t expect, as I have said before no one expects this from the usually assumed arid deserts of the southwest, so it is important we preserve its, and many other river’s, beauty and biodiversity for as long as we can.